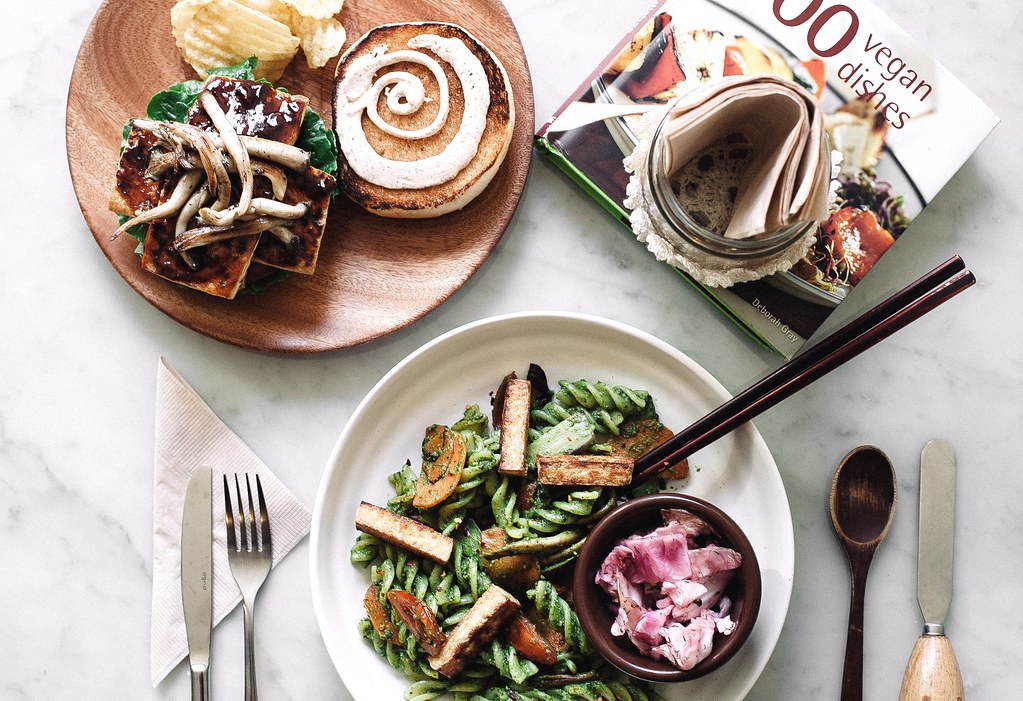 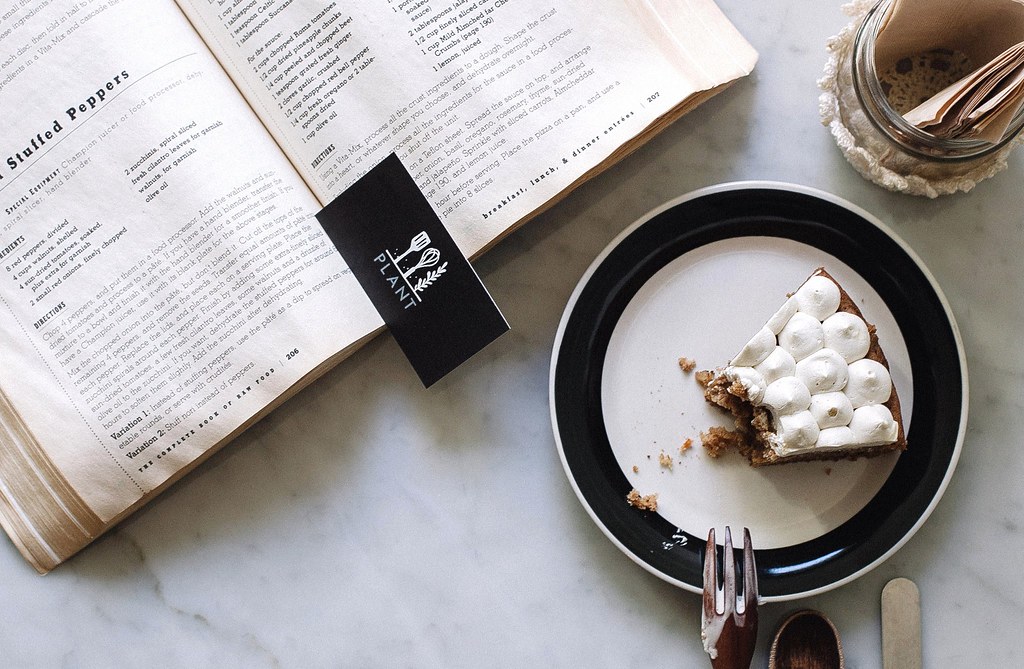 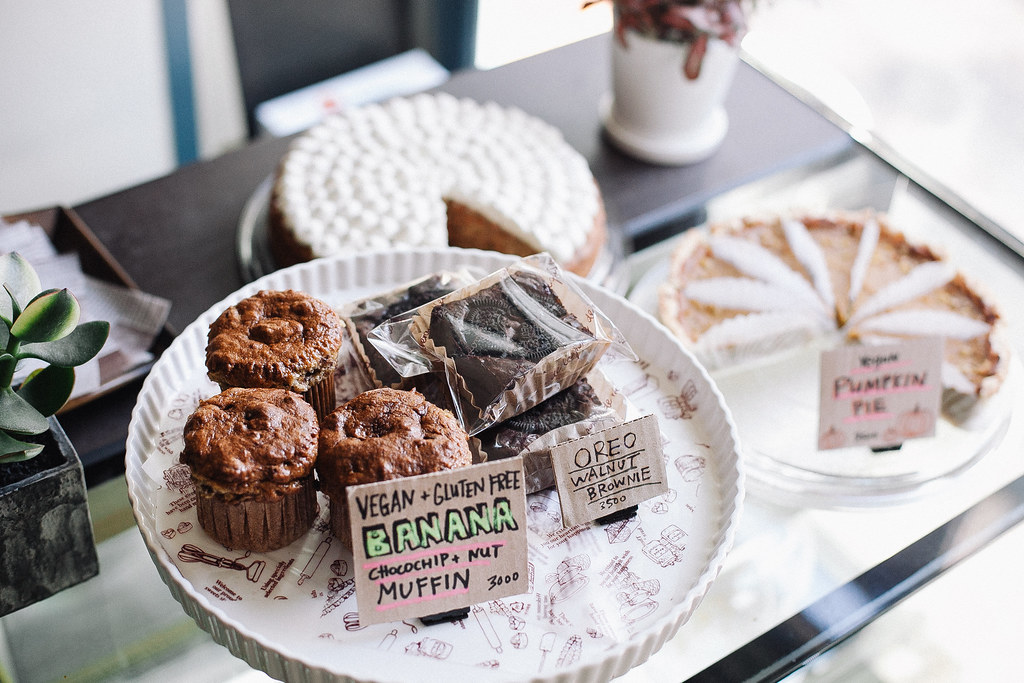 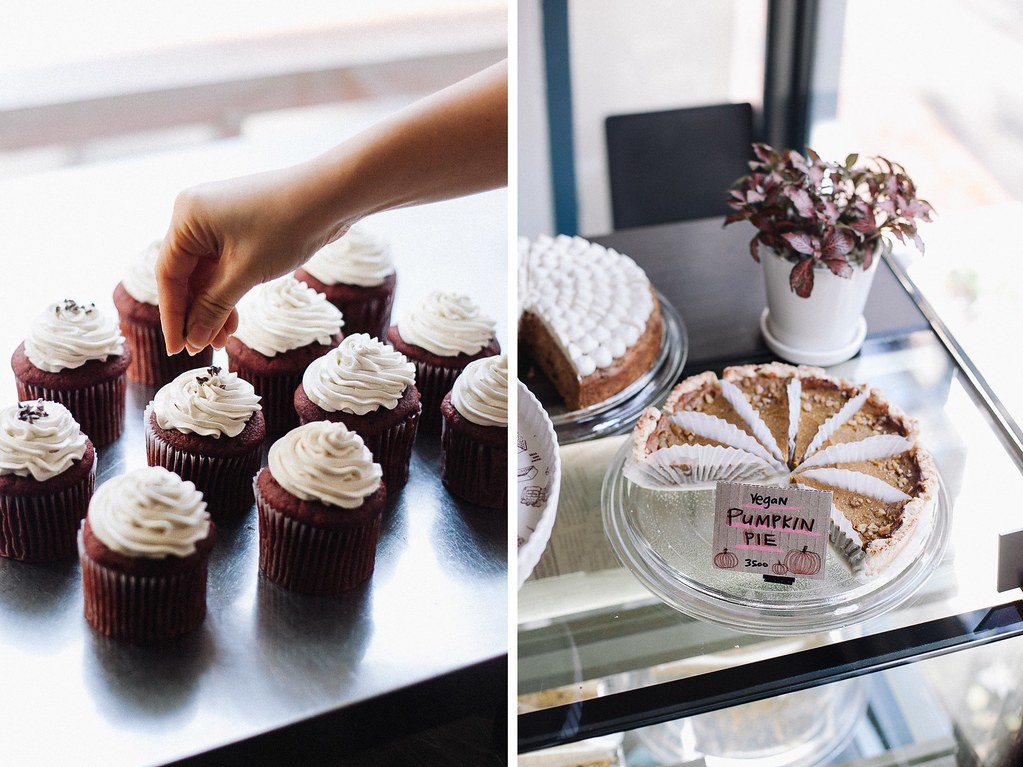 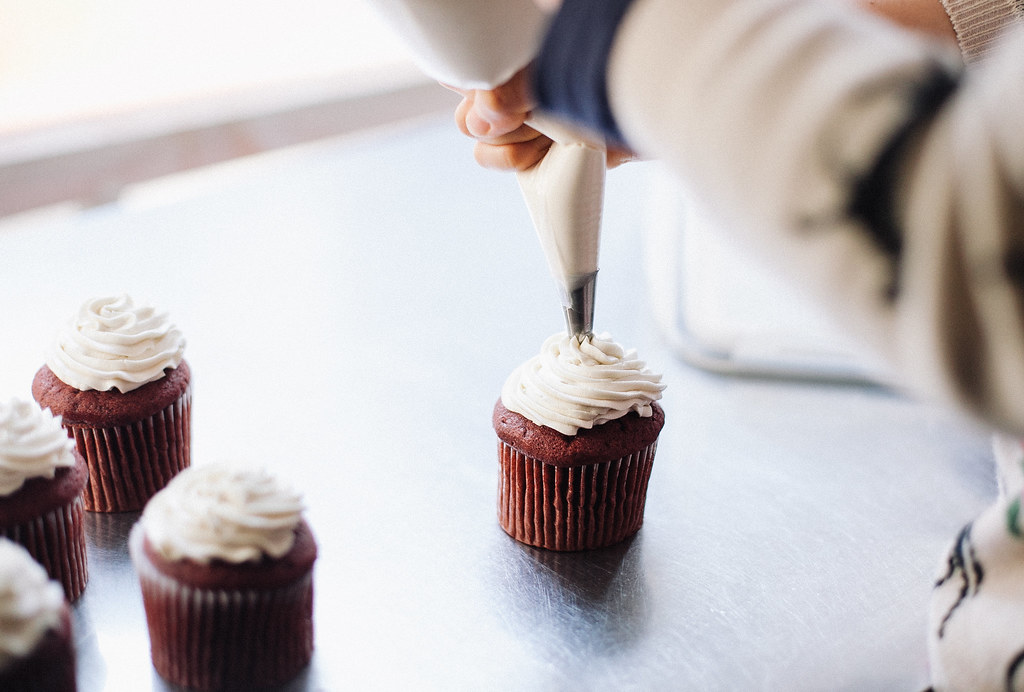 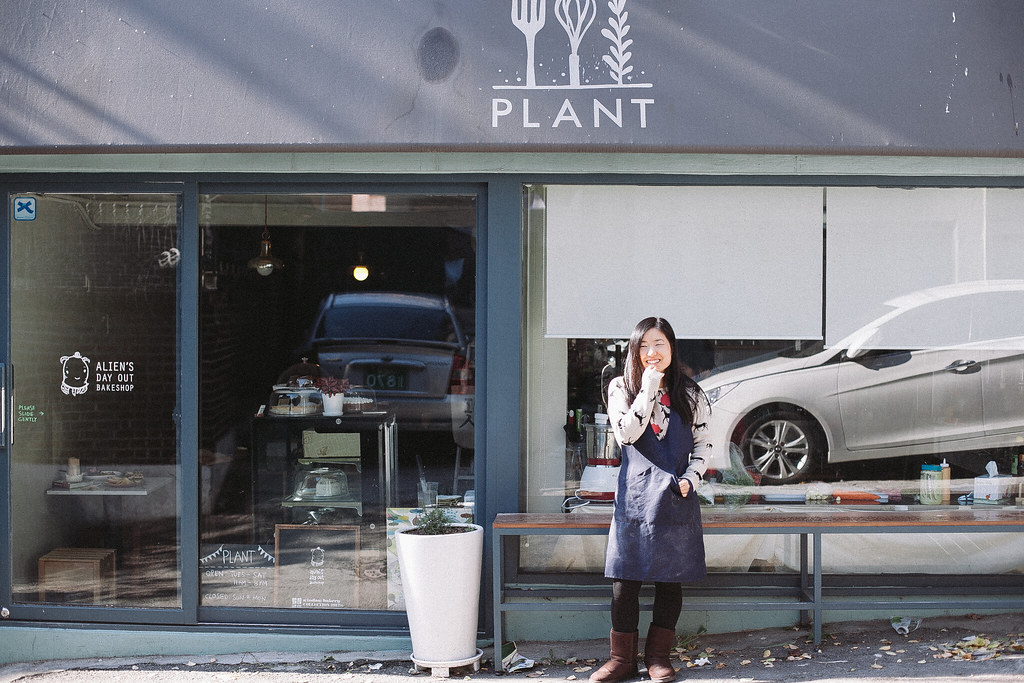 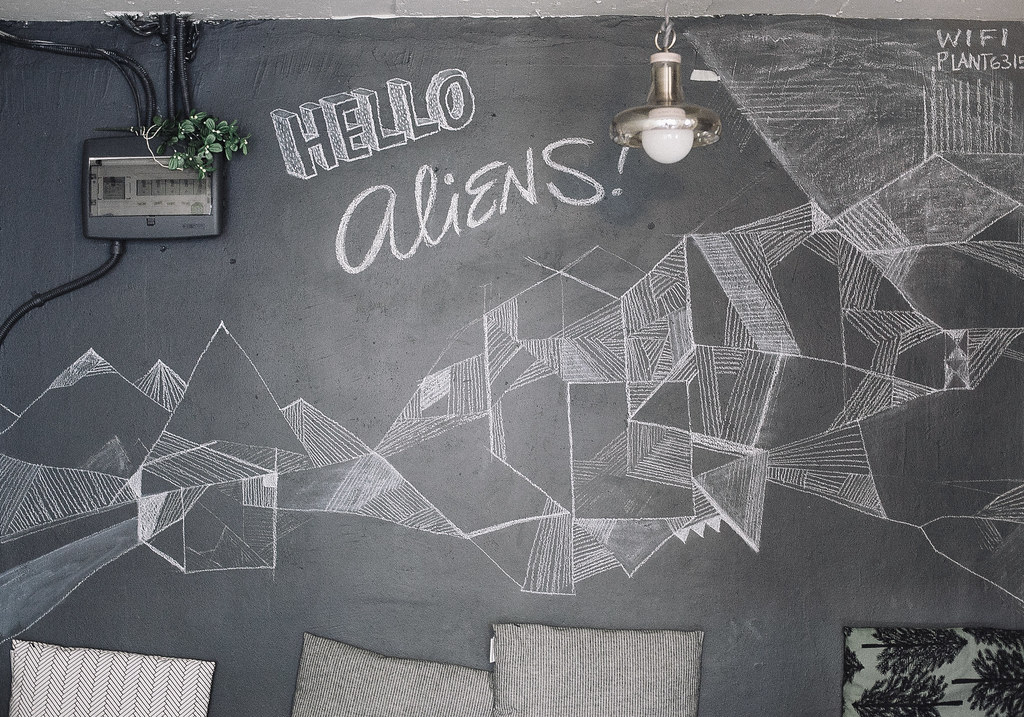 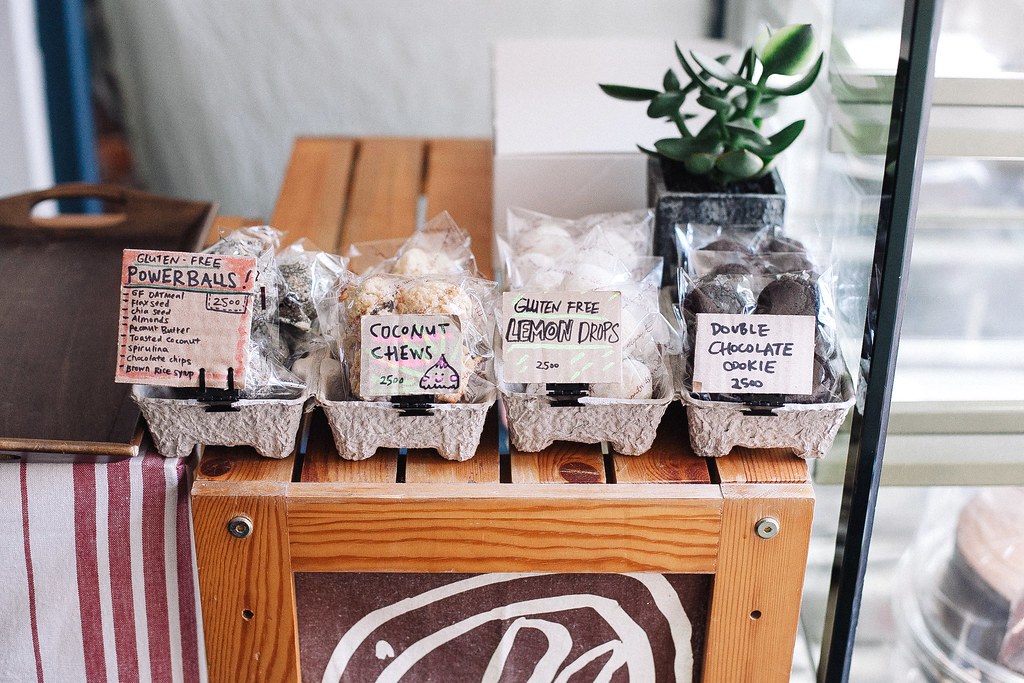 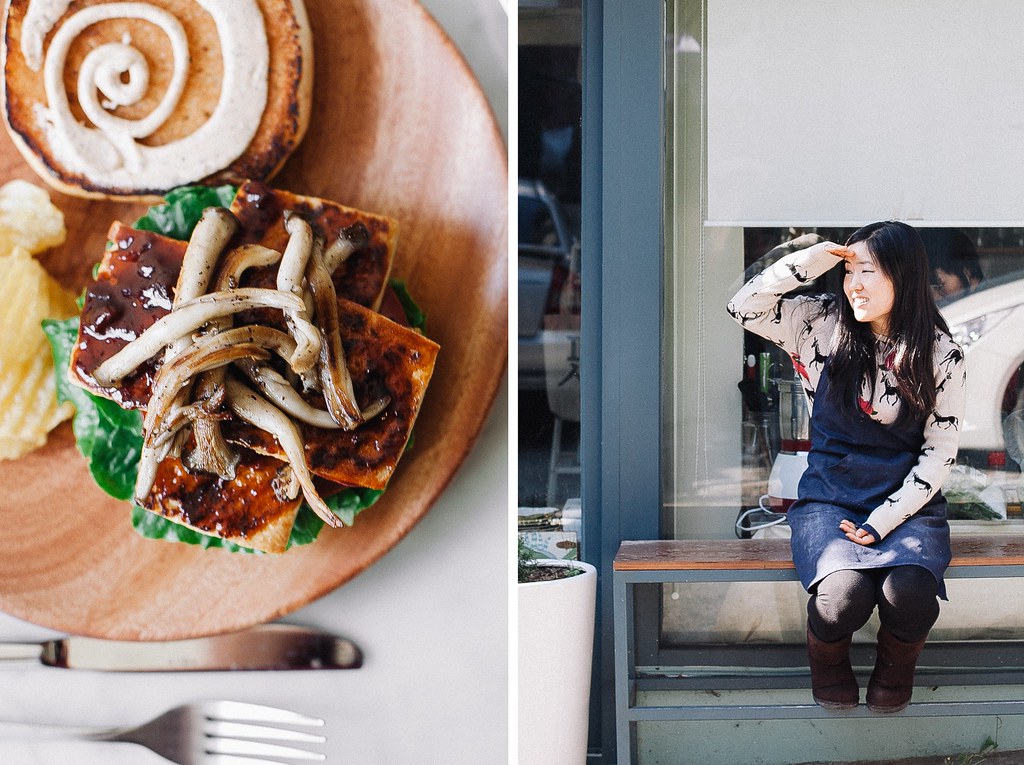 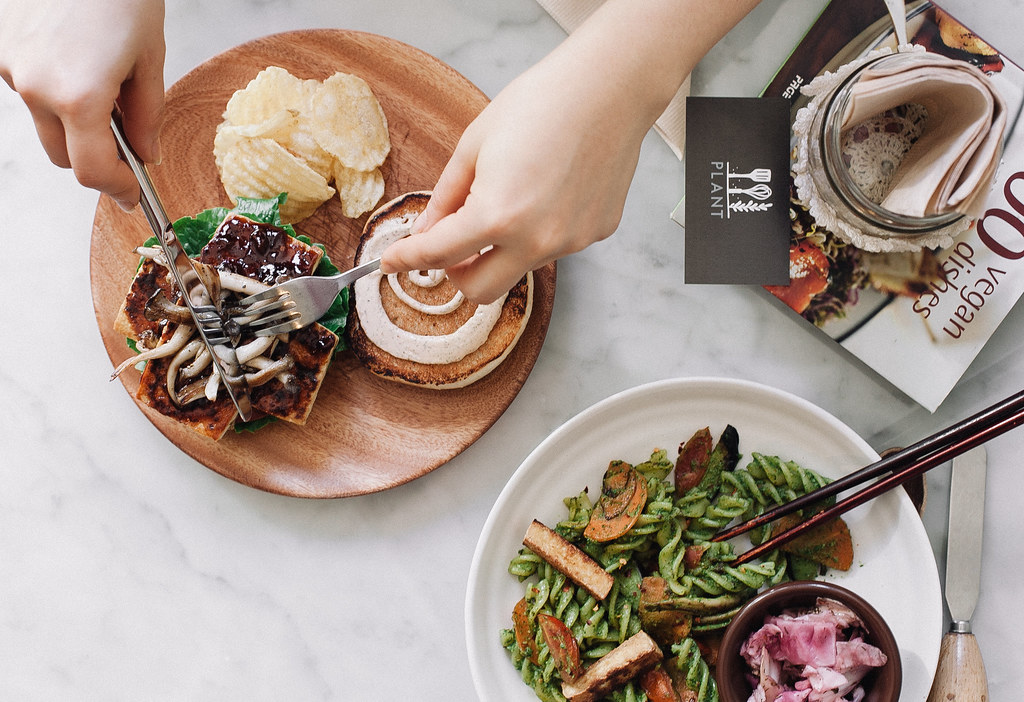 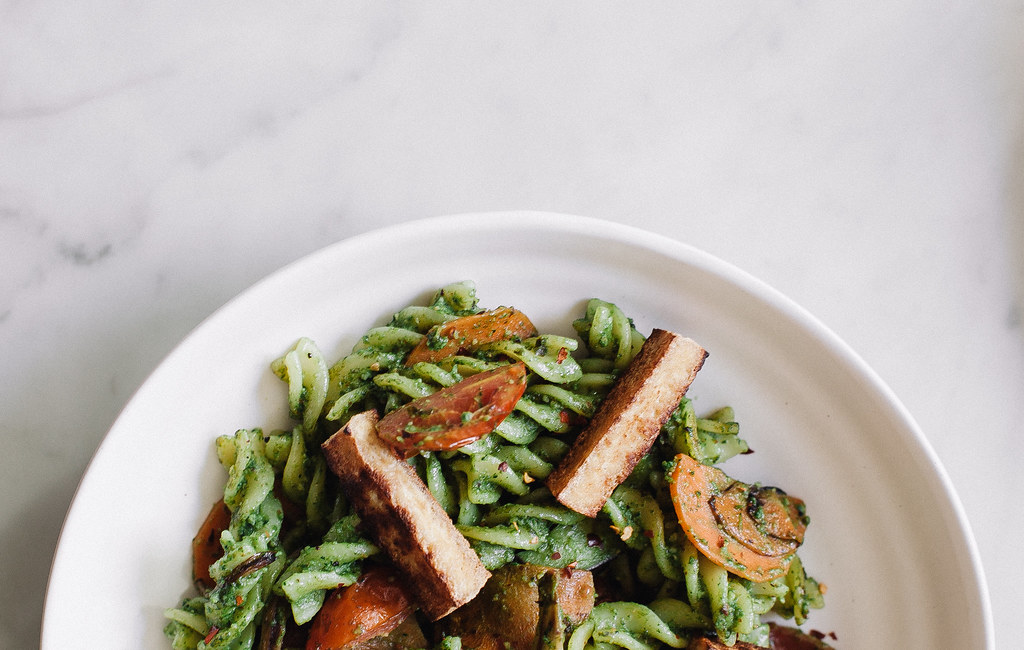 If there was a carnivore meter above our heads I will probably fall on the red extreme end of the spectrum.  It was my philosophy that a meal will not be satisfying unless there was some form of meat involved.  Food is such an important part of my life, the idea of dining with a vegan is unimaginable and should best be avoided.  Though, somehow Mipa (of Alien’s Day Out blog) managed to achieve the impossible: which was tickling my vegan curiosity senses.

How?  Just how can her vegan menu on her instagram feed  make me drool all over my phone screen?  From my experience, vegan foods are stereotypically being overly dressed with greed salad, pale yellow beans, and brown liquid oozing from beneath (probably earth).

But…vegan red velvet cupcakes? Vegan mushroom and tofu burgers? Vegan carrot cake? Damn….and there’s the rest of the menu to try out too.

Having the privilege to visit her self-owned vegan café/restaurant “PLANT” in Itaewon, I had the honour to try out the vegan goodness.  Even though her pictures already look delicious, the taste was far greater.  It was amazing.  I probably ate two mains and a carrot cake, but I didn’t feel overstuffed.  I felt great, satisfied, filled with bundles of energy to last me throughout the afternoon.  By the time it was dinner, I wasn’t even hungry.  Such a miracle for a pig like myself.

For years and years I have seen friends turning vegan for various reasons (mostly because of their friends…lame) and then eventually giving in to a pepperoni pizza the following weekend (lamer).  However Mipa’s decision to turn vegan was motivated by her huge passion and love for animals.

Thanks to Mipa and her menu for Plant, she has taught me that being vegan doesn’t mean you have to cook up unappetizing foods to serve yourself everyday.  It doesn’t just mean cutting out meat and going cold turkey.  She proved that vegan foods can look good, taste great, and CAN be enjoyed.  Tasty can be healthy too.

I know fully well I will never turn vegan, but now that I have taken a bite…I am wondering whether to add vegan dishes into my diet from now on…the Plant way.

Come out of Itaewon Station Exit 4, walk straight until you see Sneak Soul (a shoe store) on your left. TURN LEFT into the small alleyway with steps, immediately next to Sneak Soul. Cross the intersecting road and go straight into the next alleyway next to Greek on the Grill. Continue a few buildings downhill and PLANT will be on your right.  MAP

← Dancing in the Rain
Bad Media →

6 Comments on “The Alien’s Plant”