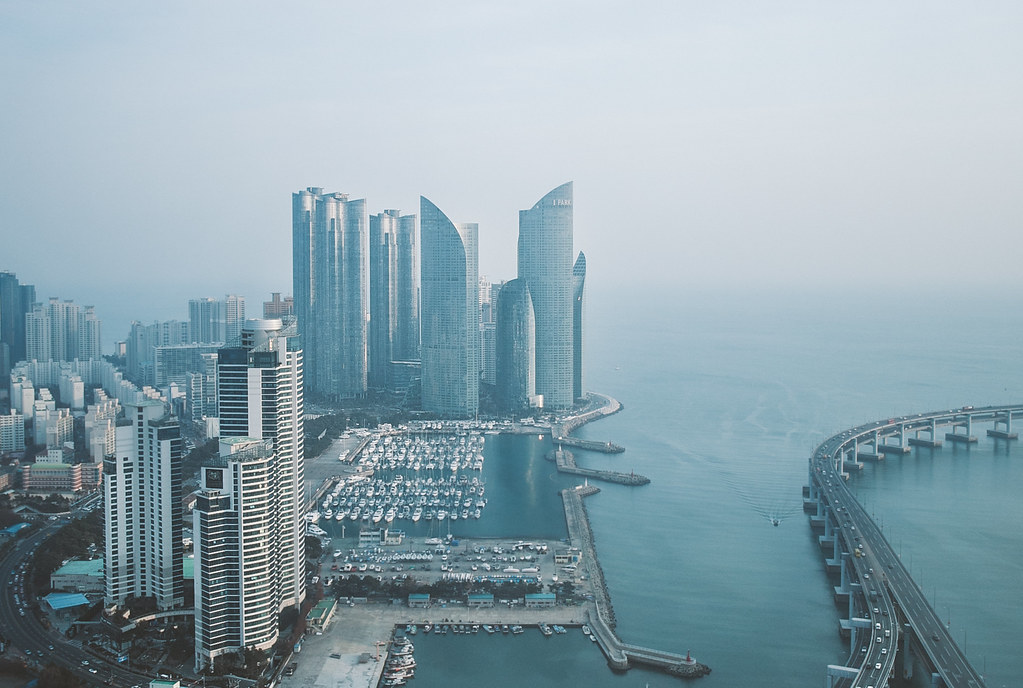 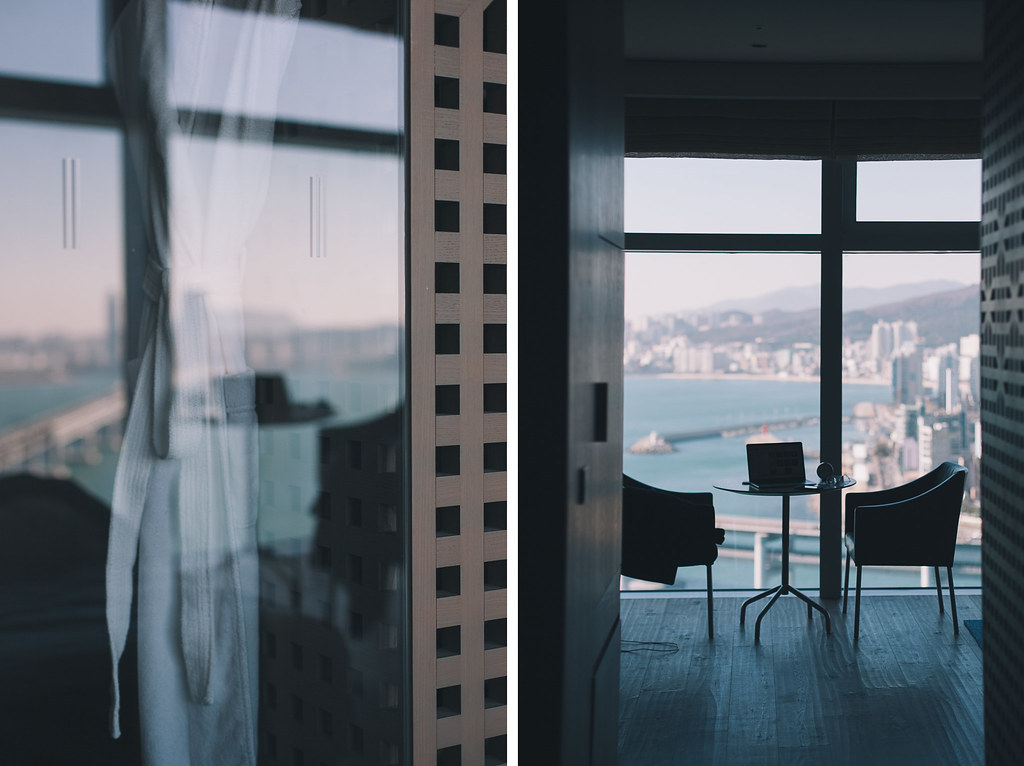 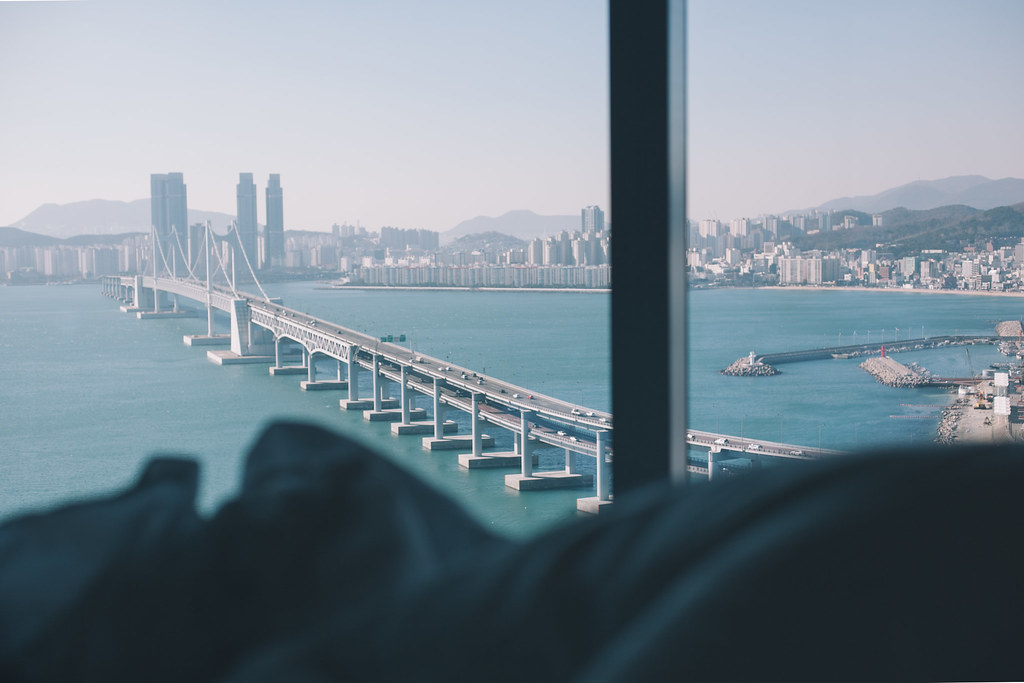 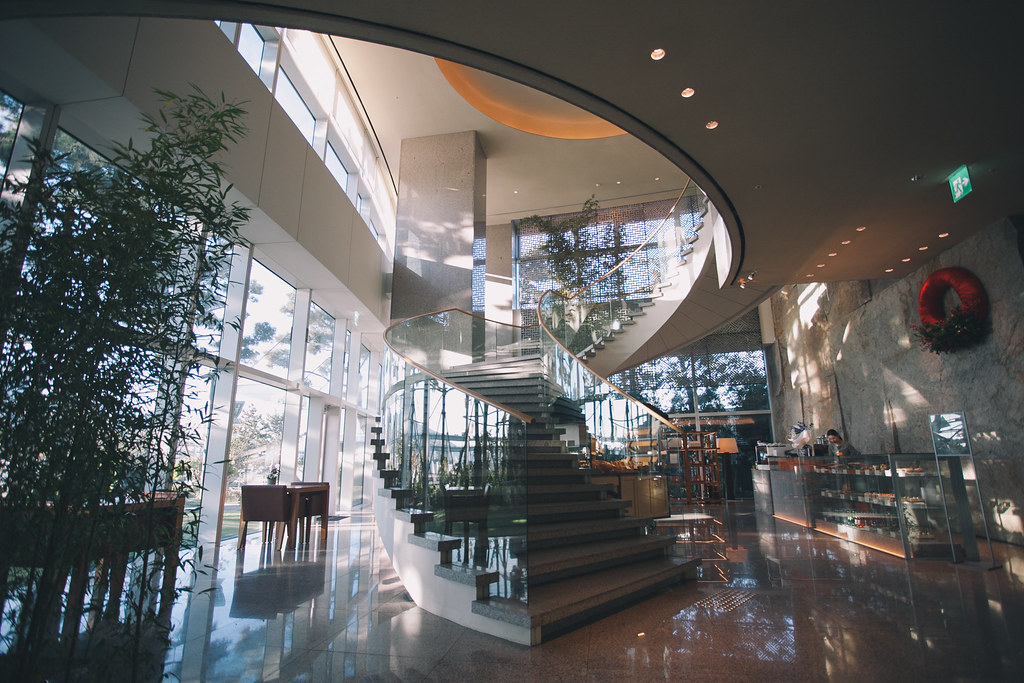 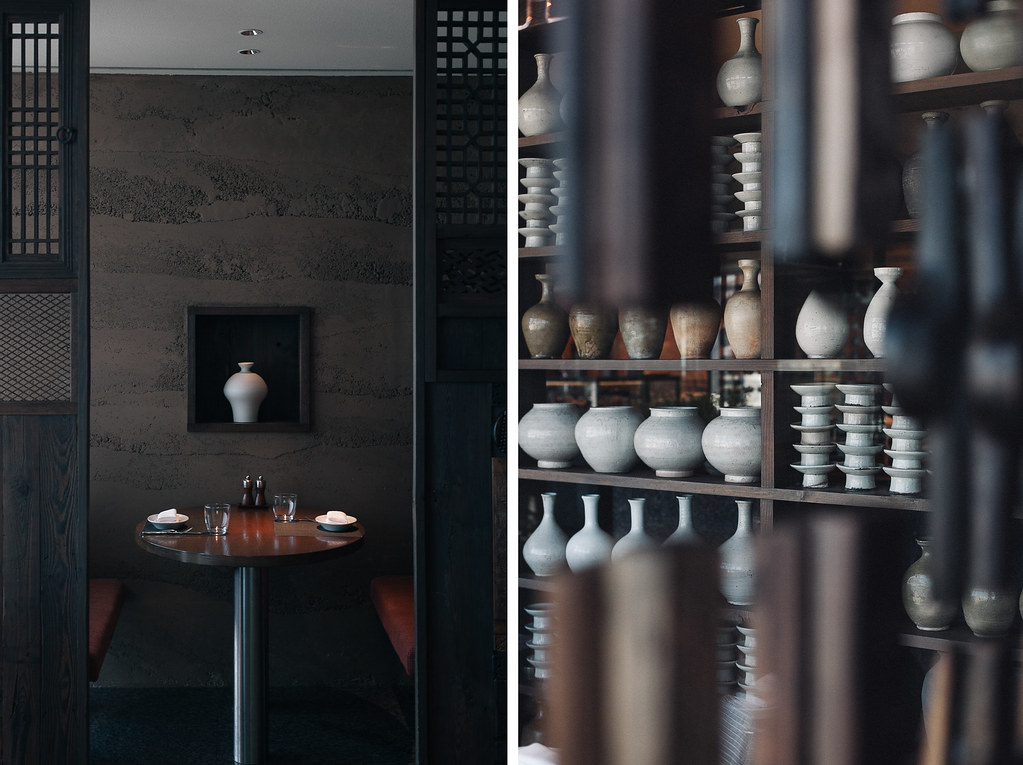 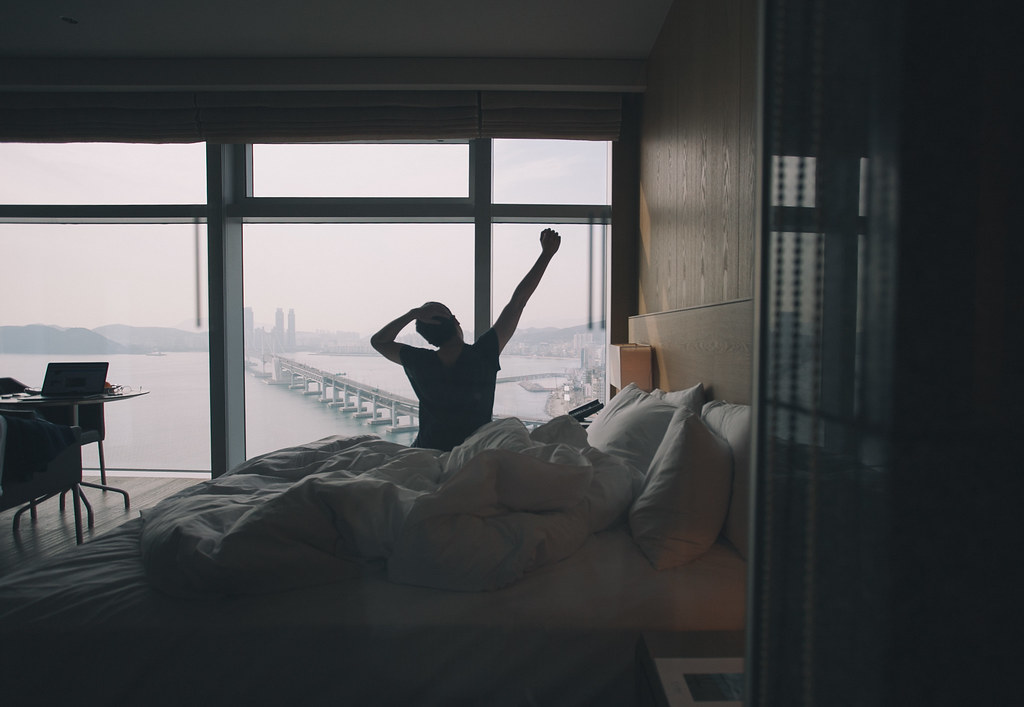 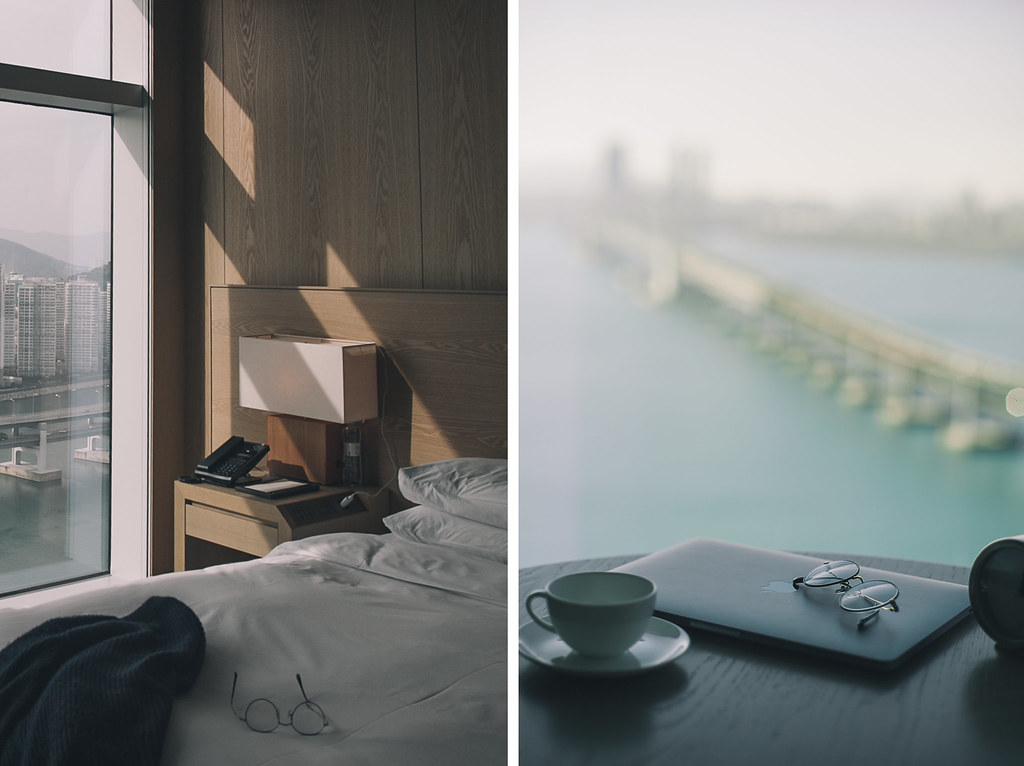 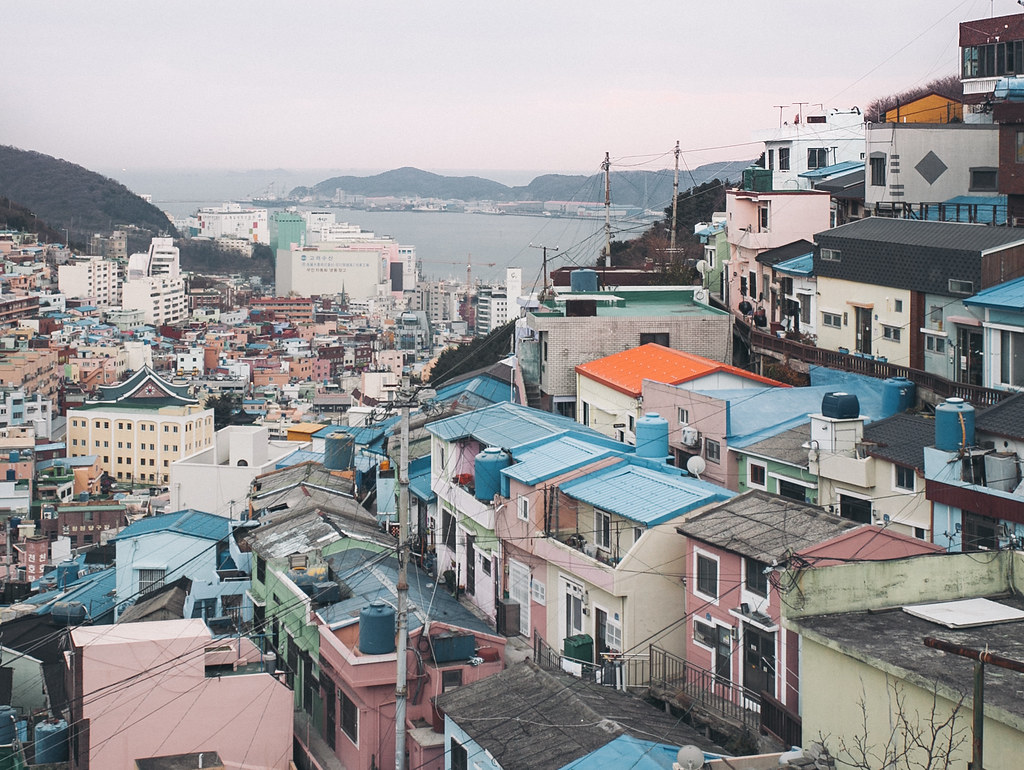 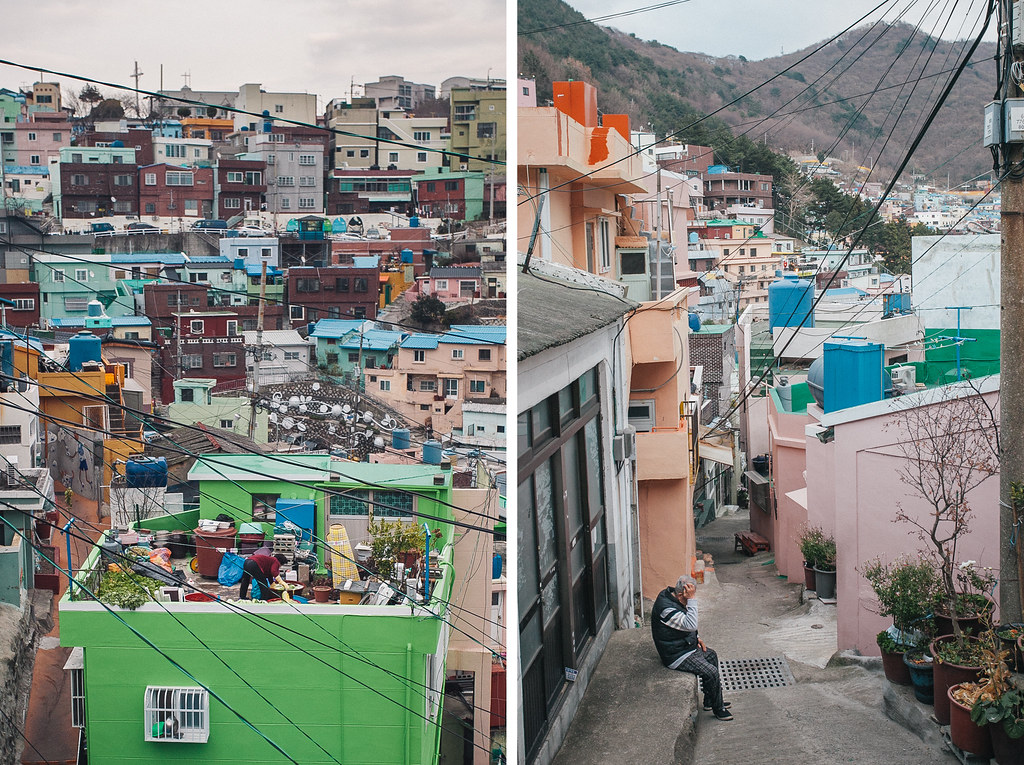 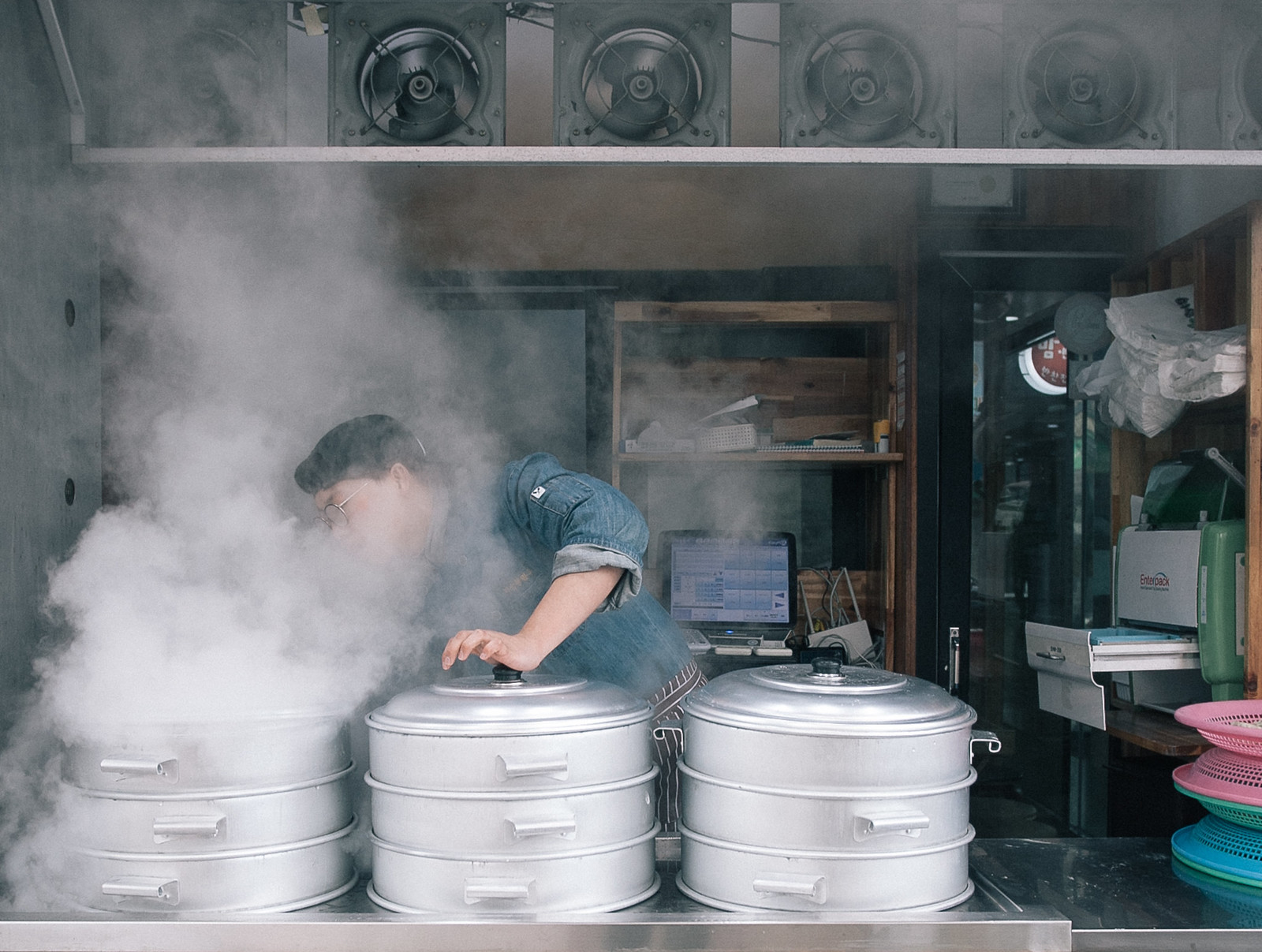 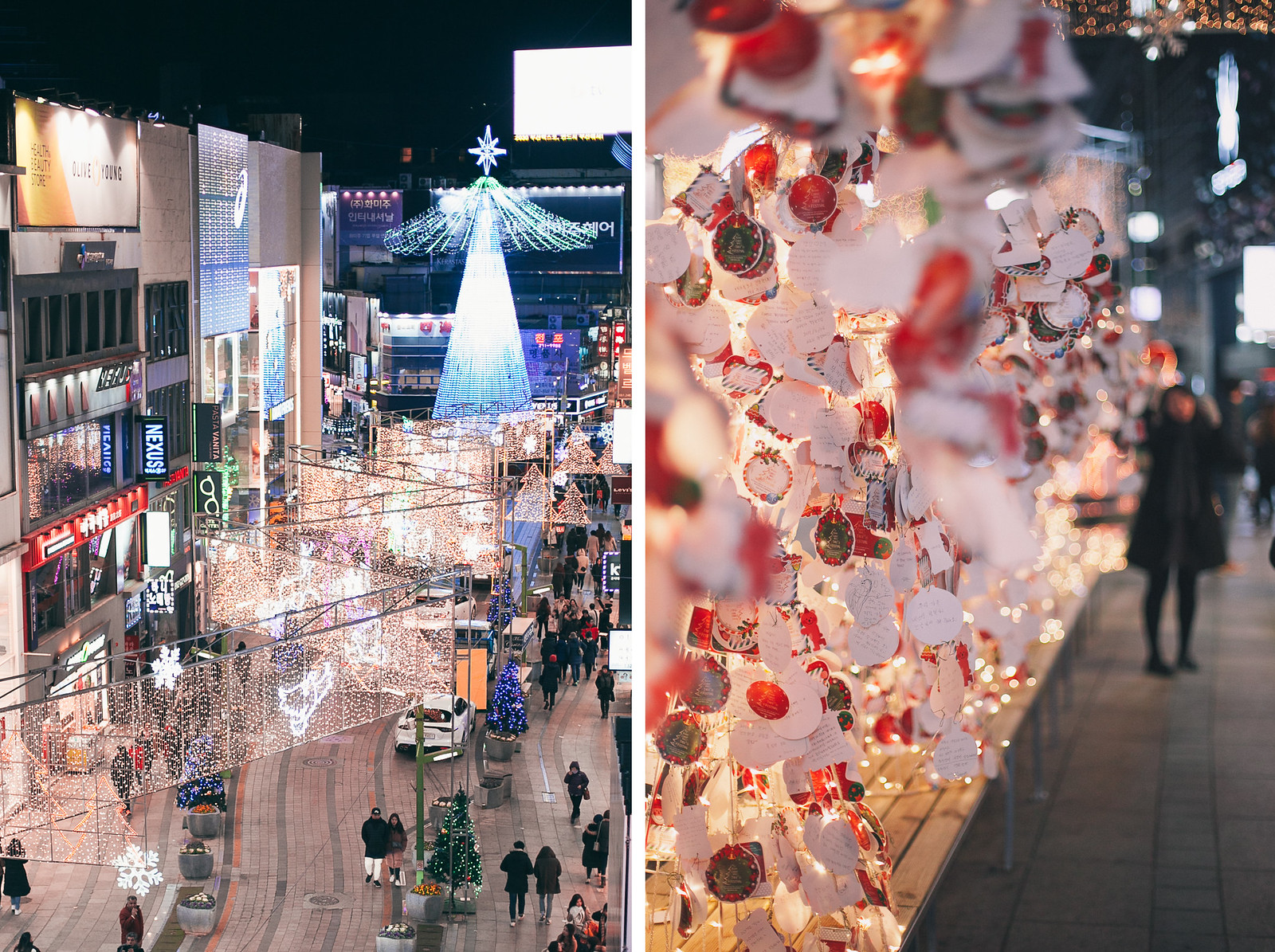 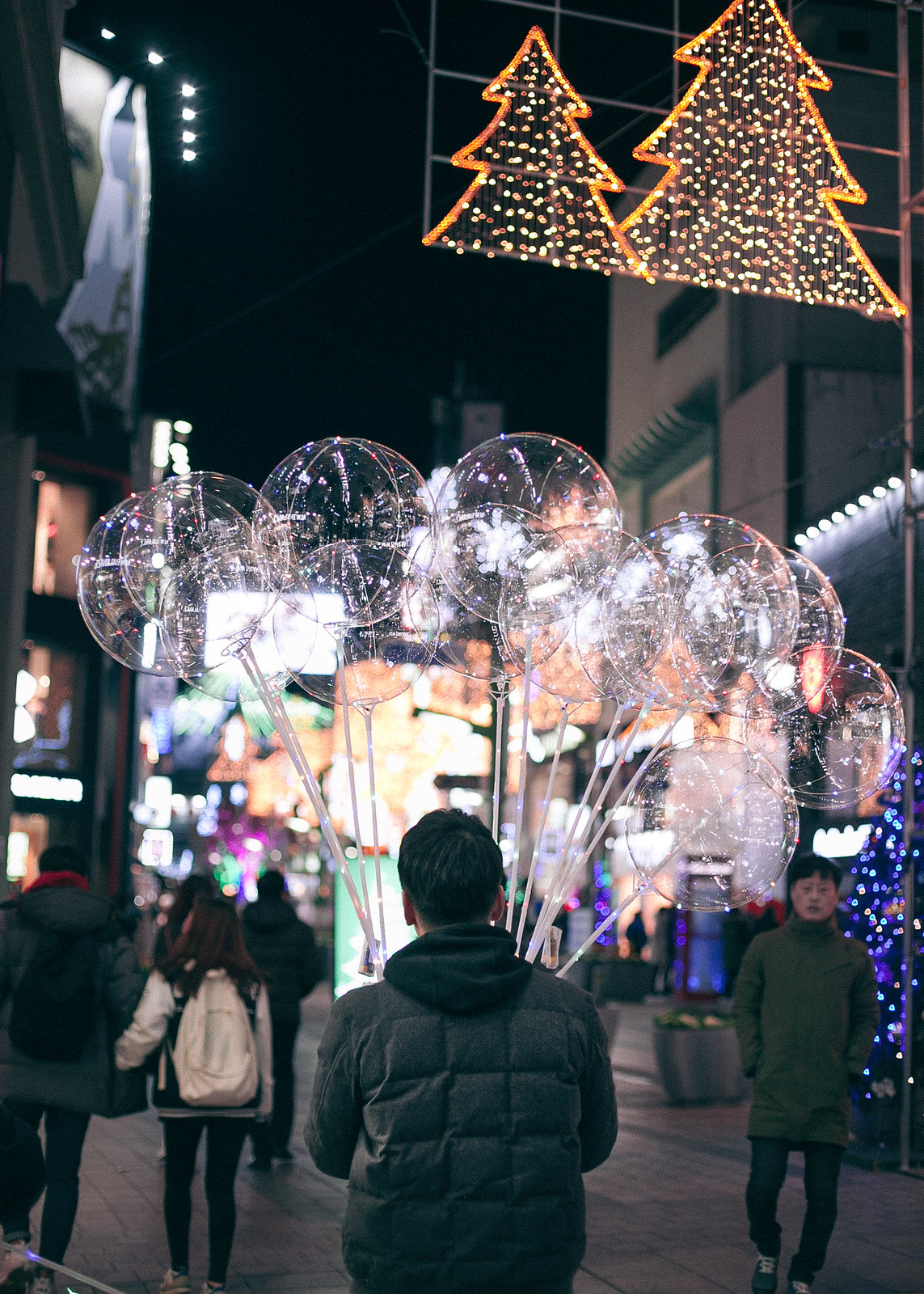 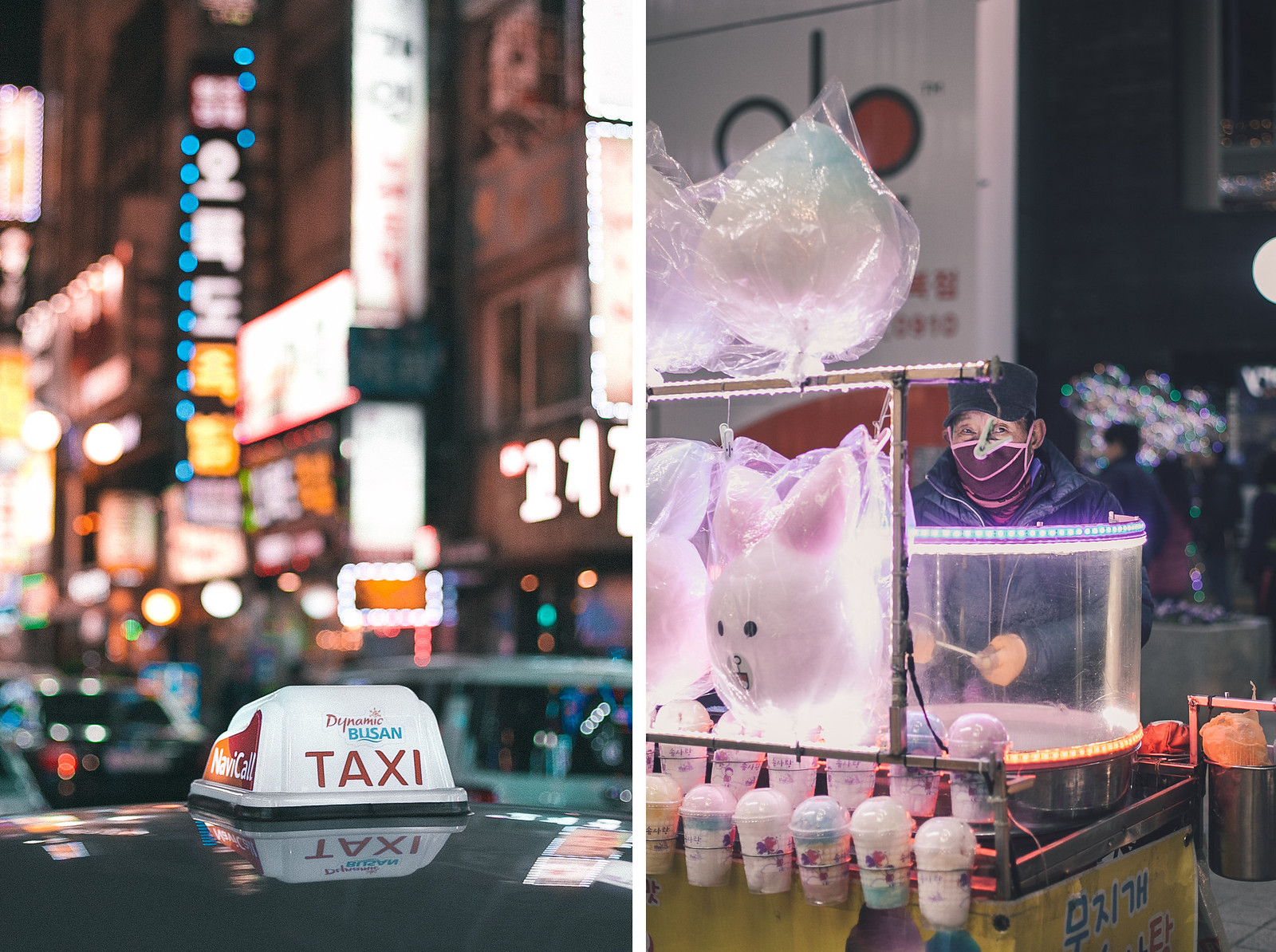 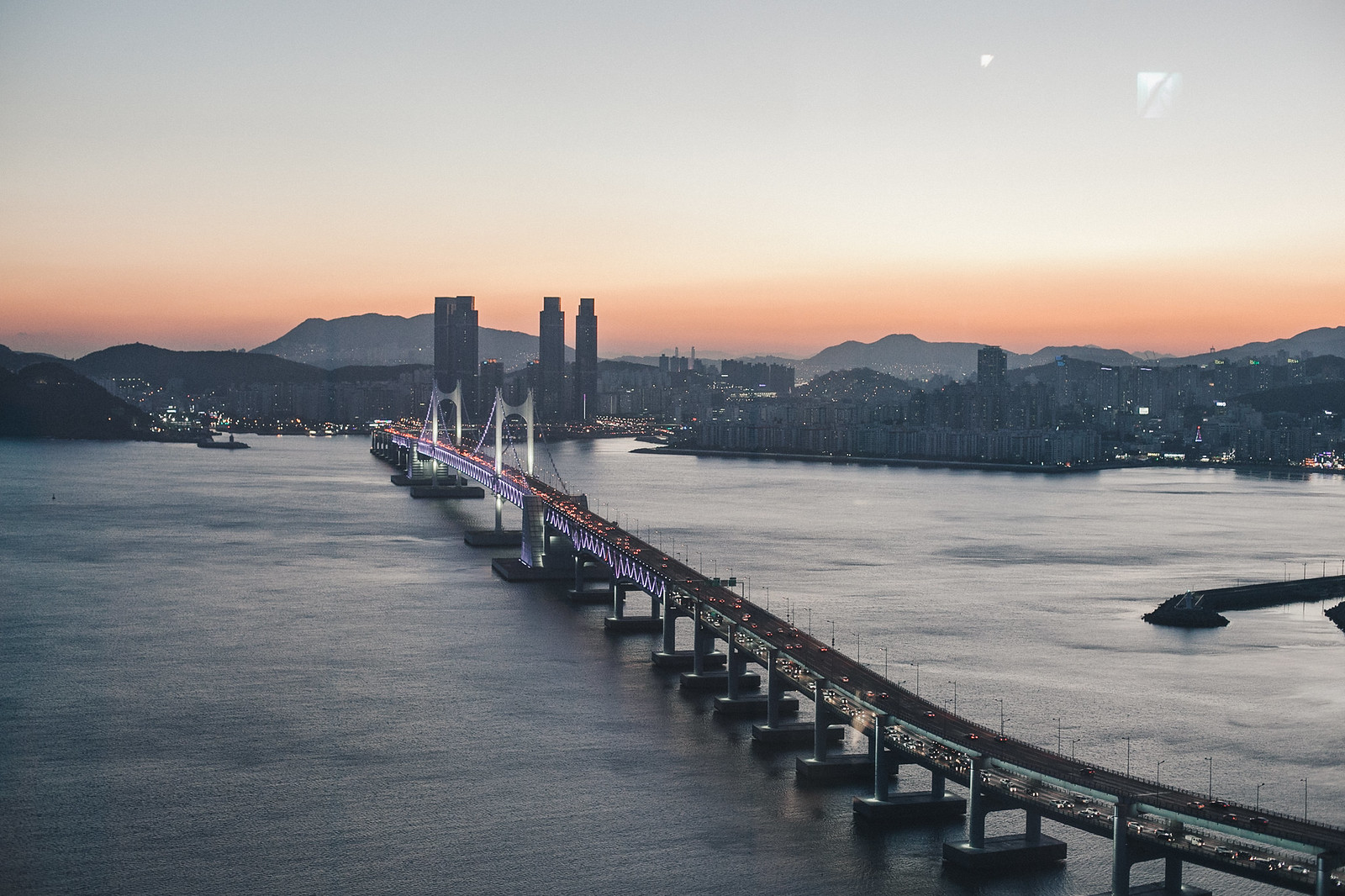 The gorgeous coastal and dynamic city is another face of Korea that I don’t get to see often.  I could’ve just gone there on a whim, however I was saving the chance in order to experience the perfect ‘getaway’ in Busan.

What chance do you ask?  Well, have you ever seen a hotel and thought this was the key to make this getaway perfect? For years I have seen Instagram pictures of the Park Hyatt hotel in Busan with a killer sunset sea view and the iconic Gwangan Bridge.  Ever since then it was my bucket list to stay at this hotel and luckily enough I finally was able to collaborate with them this time round.  Shaped as a glass blade like structure and tucked away within the futuristic Marine like metropolis there were no words to describe how excited I was.

Every morning was welcomed by the sea view glistening under the sun and it got me energised to venture out and to see what Busan had to offer.  As it’s Winter and butt freezing cold, I decided to avoid the beach this time (hopefully can do a summer edition post in the future) and hit the local favourites like Centum City and downtown Nampodong where the festive spirit seems to have sprung to life.  My personal choice however is Gamcheon Cultural village.  I visit this multicoloured maze every time and it never gets old.  When I came back to the hotel, the host gifted me the opportunity to relax in their friday evening lounge where I got to kick back, enjoy a variety of cocktails, and listen to the soothing live jazz singer caressing the air with his soulful voice while indulging myself with the panoramic view of Gwangan bridge sparkling throughout the wintry night.

Just you wait Busan.  I’ll come back for you again in the summer.

What are your favorite places to visit in Busan?  Or do you have a place you have always wanted to visit?  Would love to know!

*Huge thanks to Park Hyatt Busan for making this getaway a special memory. 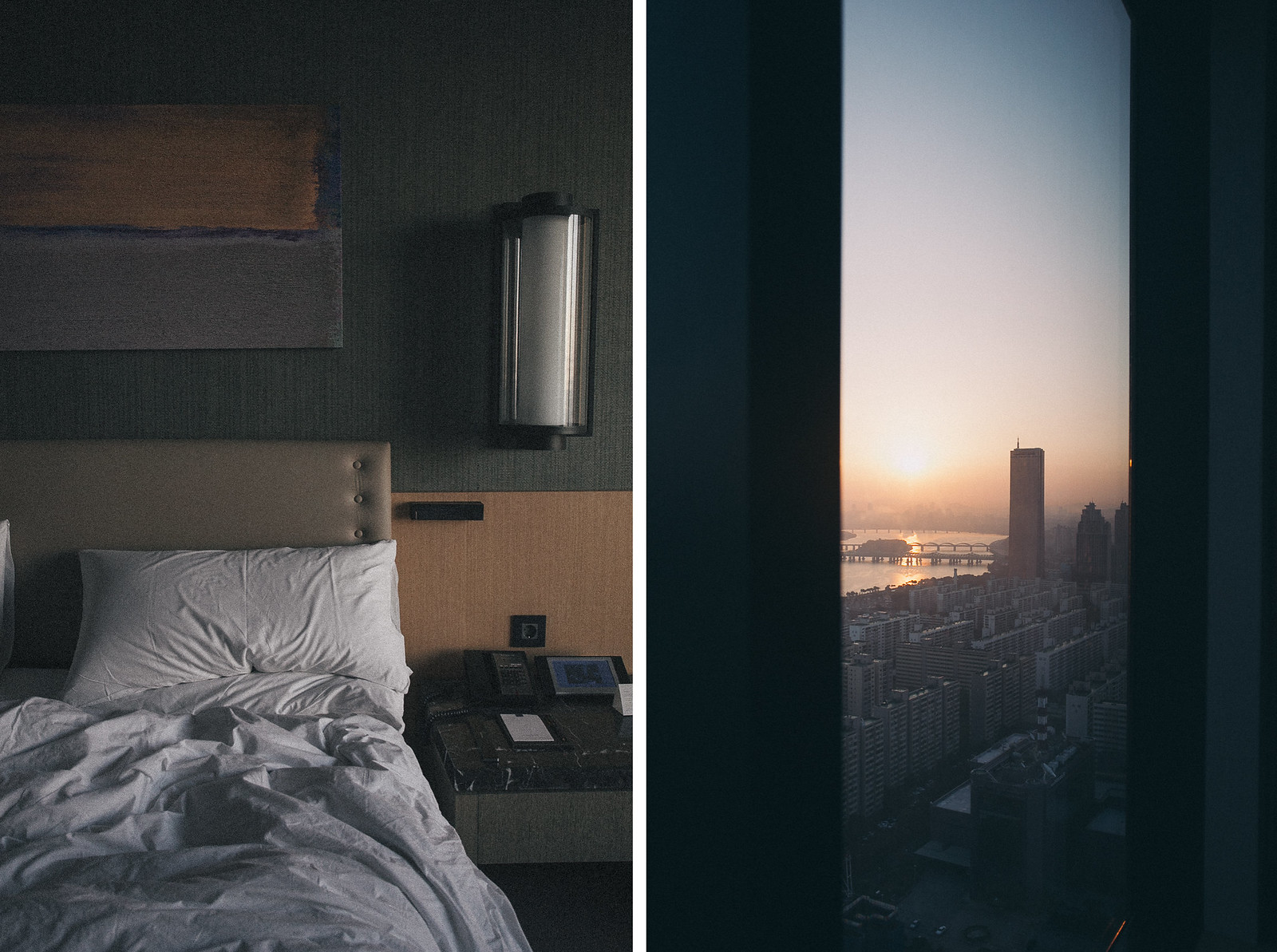 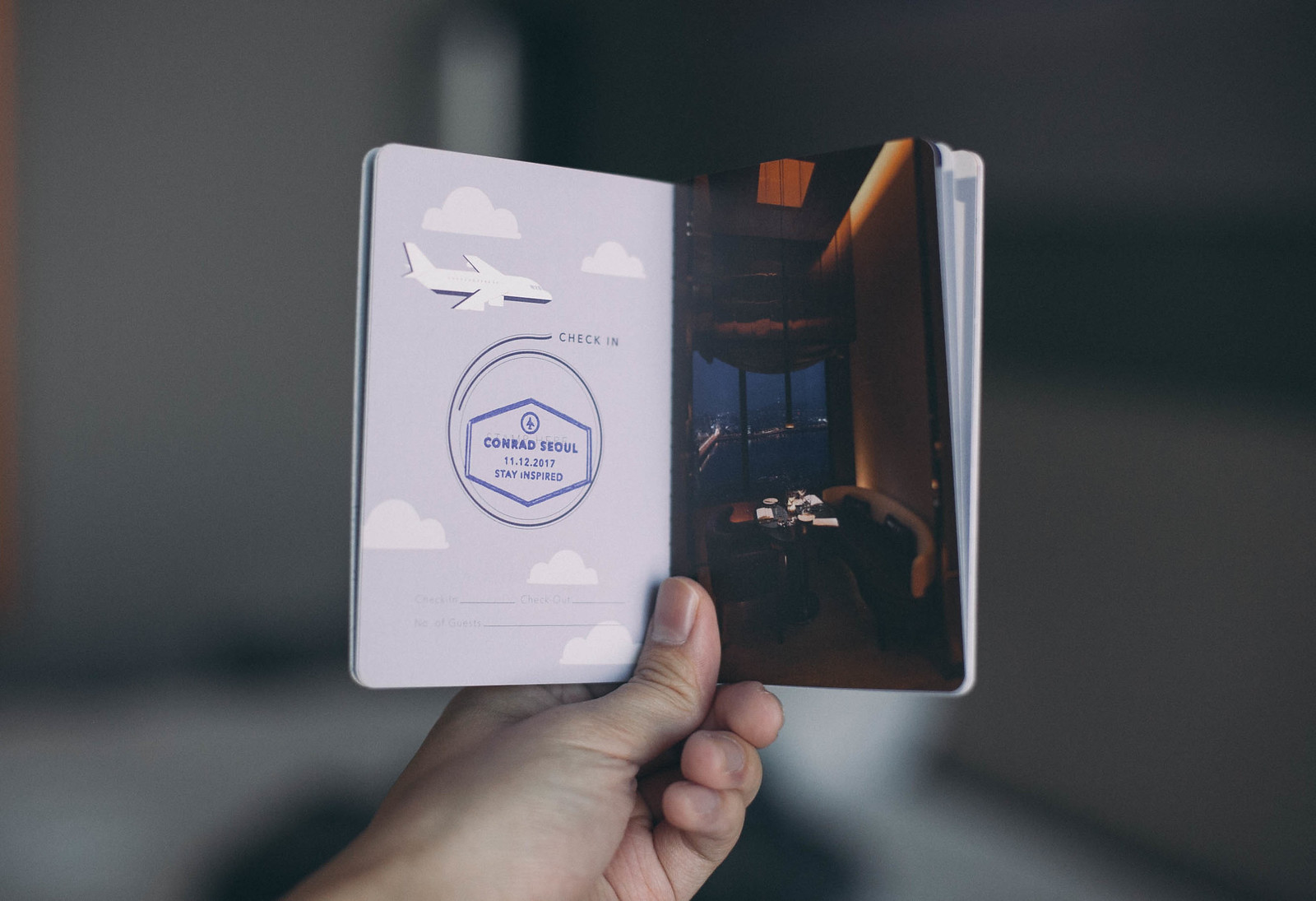 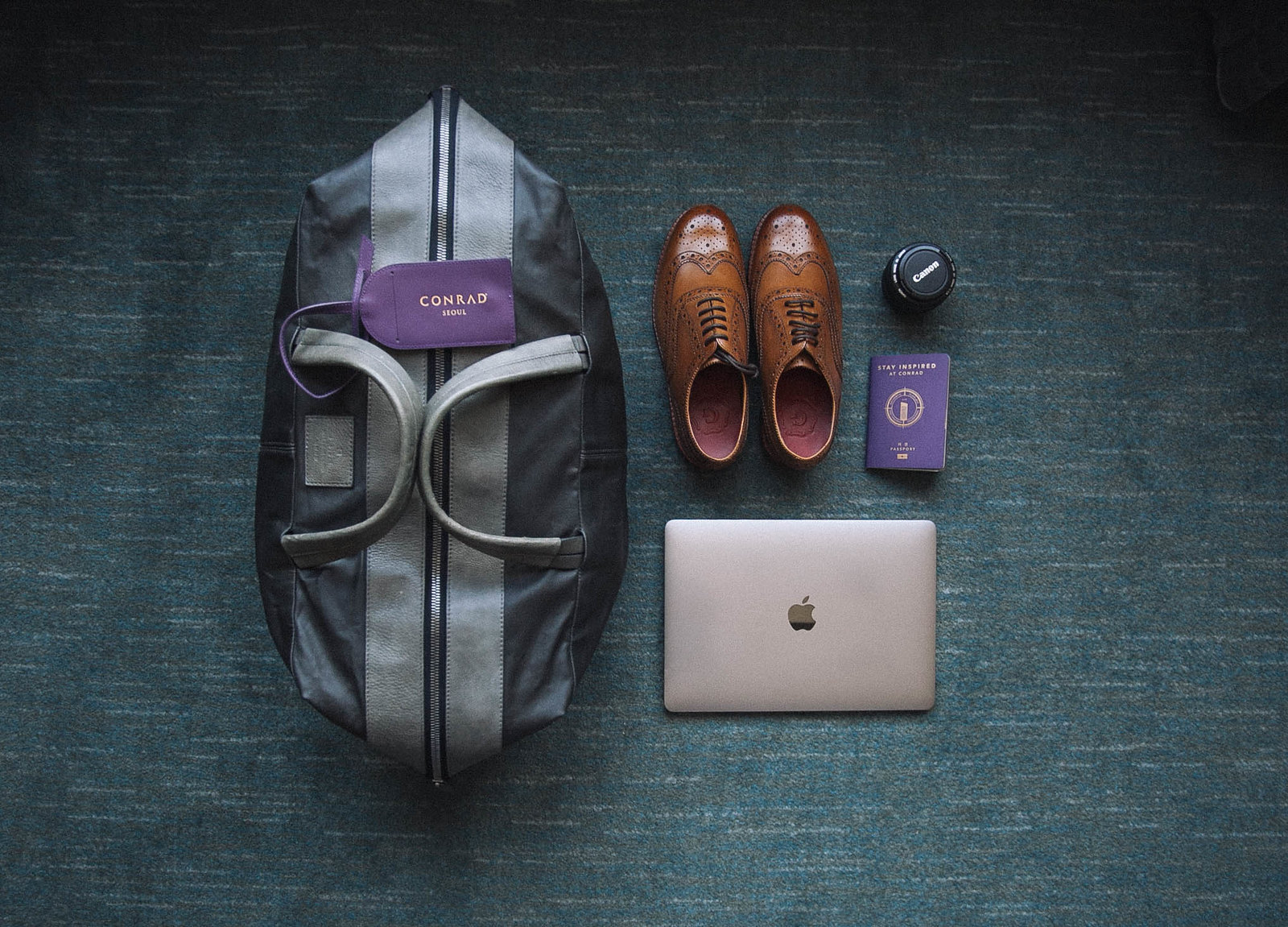 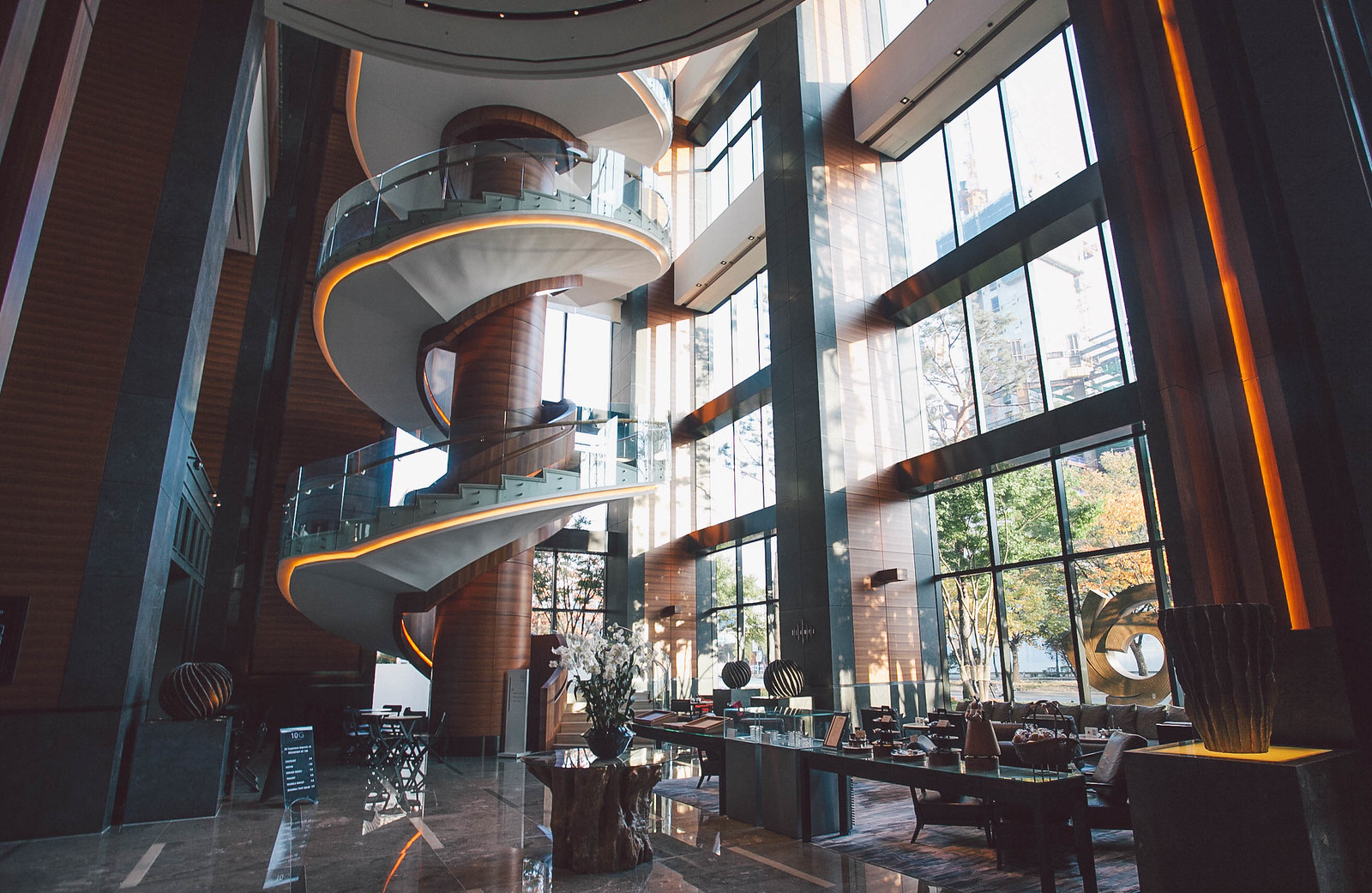 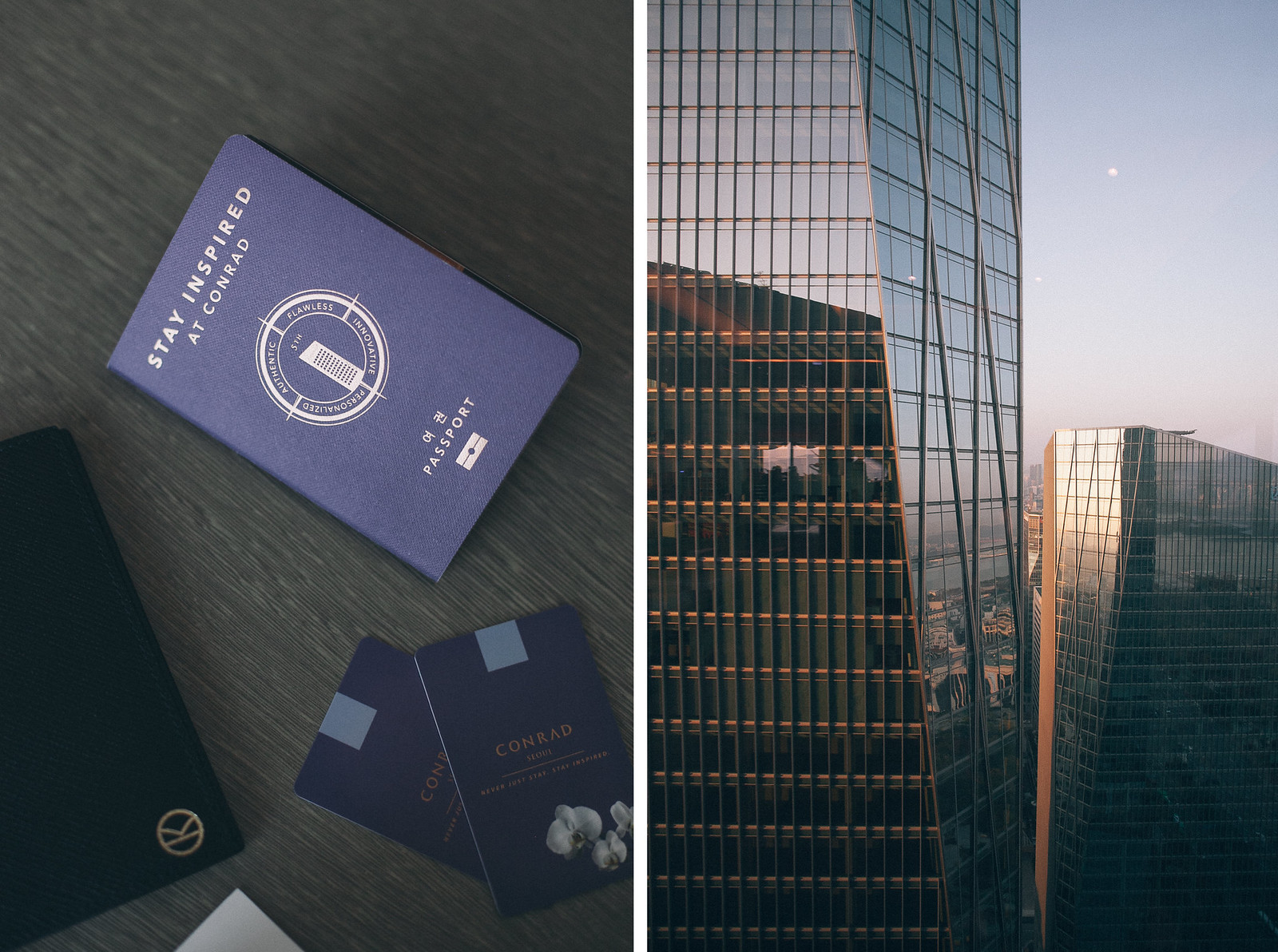 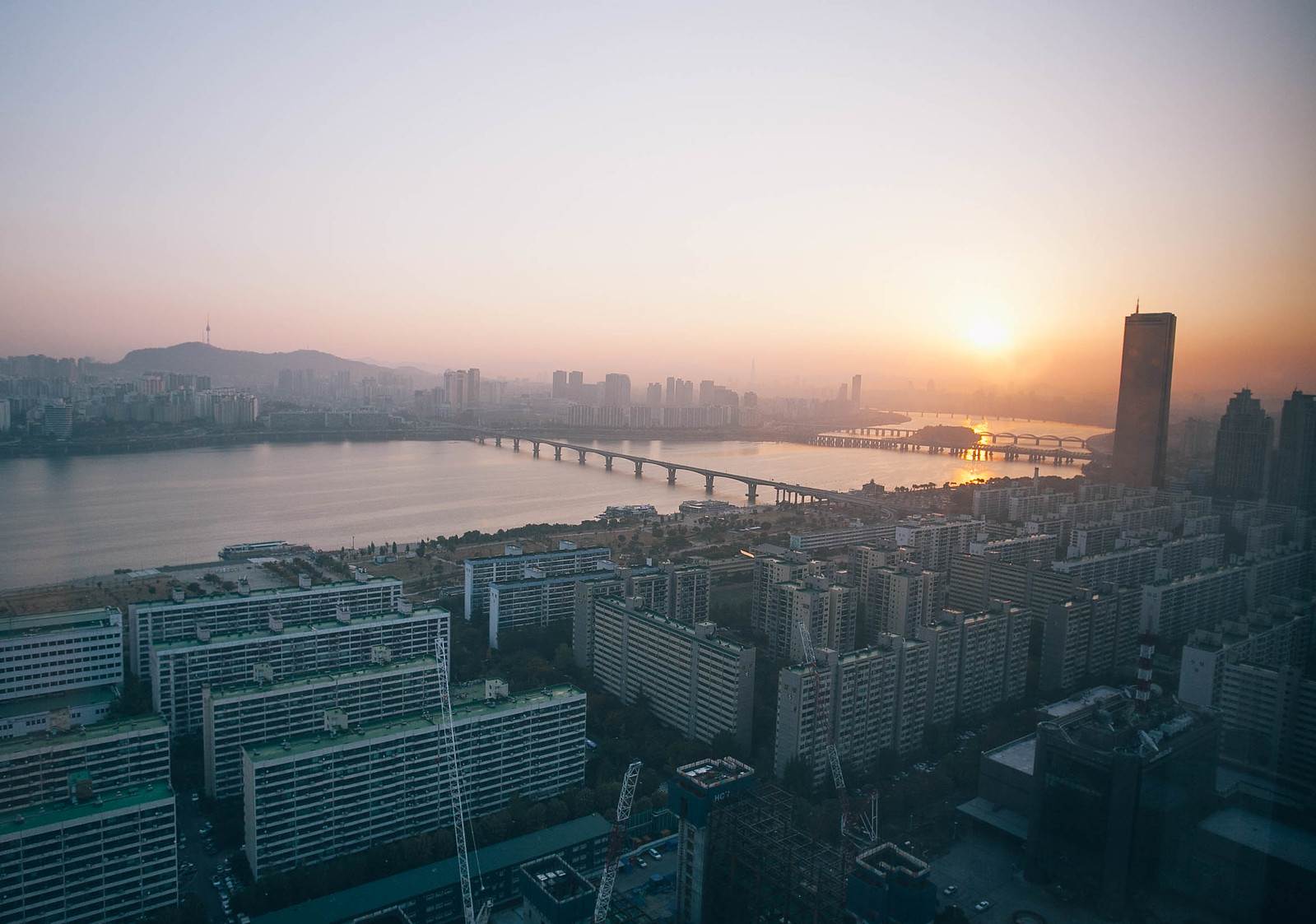 Hey guys, it’s been a loooooong while. I hope you’re not too mad? I’m just recovering from an injured ankle…and well after getting 100s of needles put in me I would say it’s healing well, but it’s still too slow. So there’s this new phenomenon in Korea called the “Smombie” “스몸비”. It’s basically a Konglish contractual word between ‘smartphone’ and ‘zombie’. It is where people are not looking where they are going because they are too busy on their phones. So, yeah because of that I injured my foot and now….well…I’m on a cast and got a 20 minute lecture from the doc about the dangers of the smartphone. ZZZzzzz

Anyways I also wanted to share that in celebration of Conrad Seoul’s 5th Anniversary I was lucky enough to experience their “Stay Inspired at Conrad Package” that they are currently running on this month only. The package includes an array of entertainment benefits and hotel exclusives promoting the theme of ‘a journey to the Conrad Seoul. Adding to the fun elements of travel I was presented with their own ‘Conrad Passport’ and ‘luggage tag’, which are specially designed for the 5th anniversary.

I thoroughly enjoyed the discounts and coupons that the Conrad Passport provided for many restaurants and cinema at the IFC Mall located just below the hotel. However my favourite part was the ‘100% sure win scratch card” and I manage to win skin products from Aesop. Definitely useful for this cold and dry fall climate!

It’s my second time staying at the Conrad Seoul and it’s such an amazing place for a little staycation. With the ‘Conrad Passport’ it really feels like I’m going on a journey with them while being inspired by the beautiful views of Seoul cityscape from the hotel.

If you would like more details for this awesome package from Conrad Seoul click here. Remember the offer lasts until November 31st so hurry!

And be careful of the “스몸비”! Otherwise the only inspiration you’ll get is a cast and needles put on your head. You’ve been warned~ 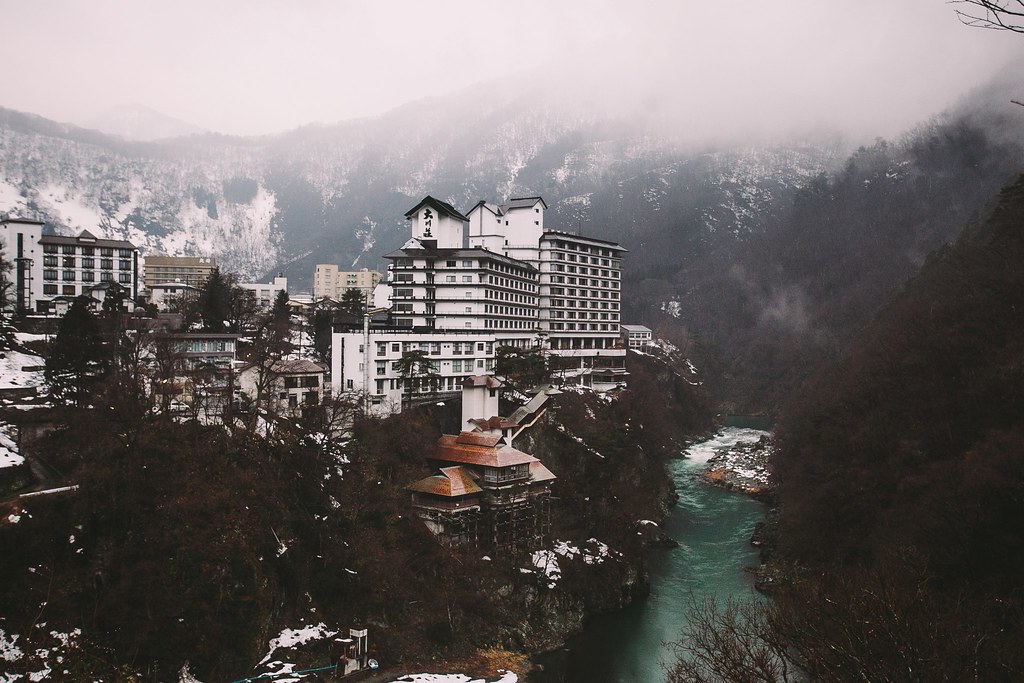 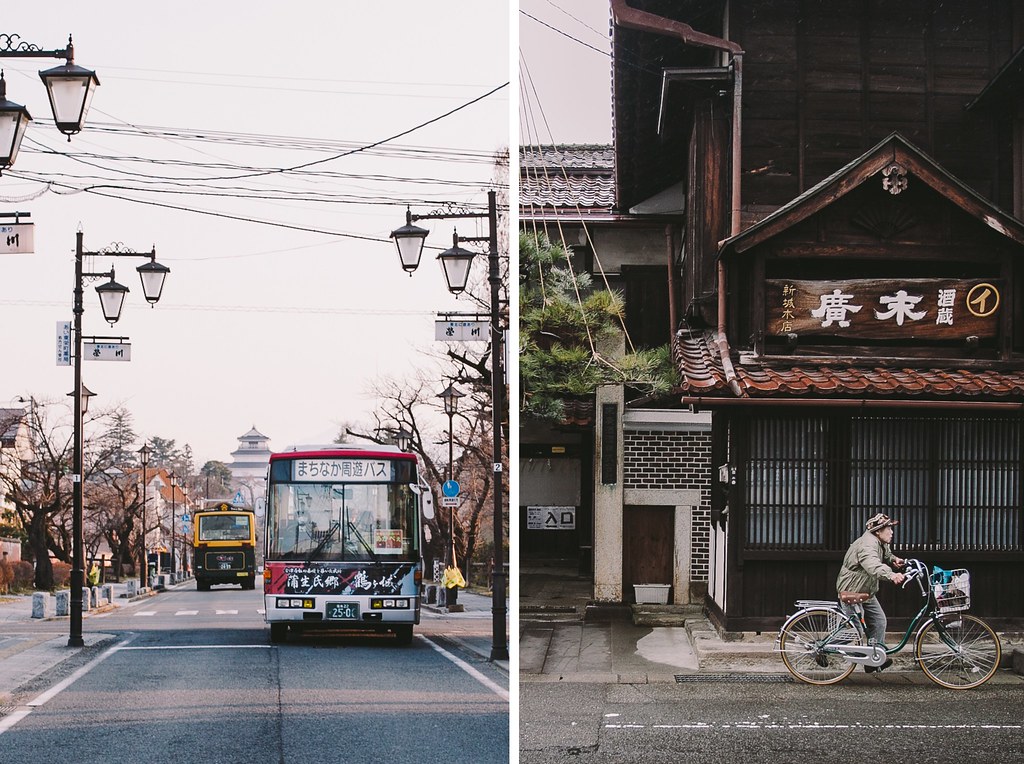 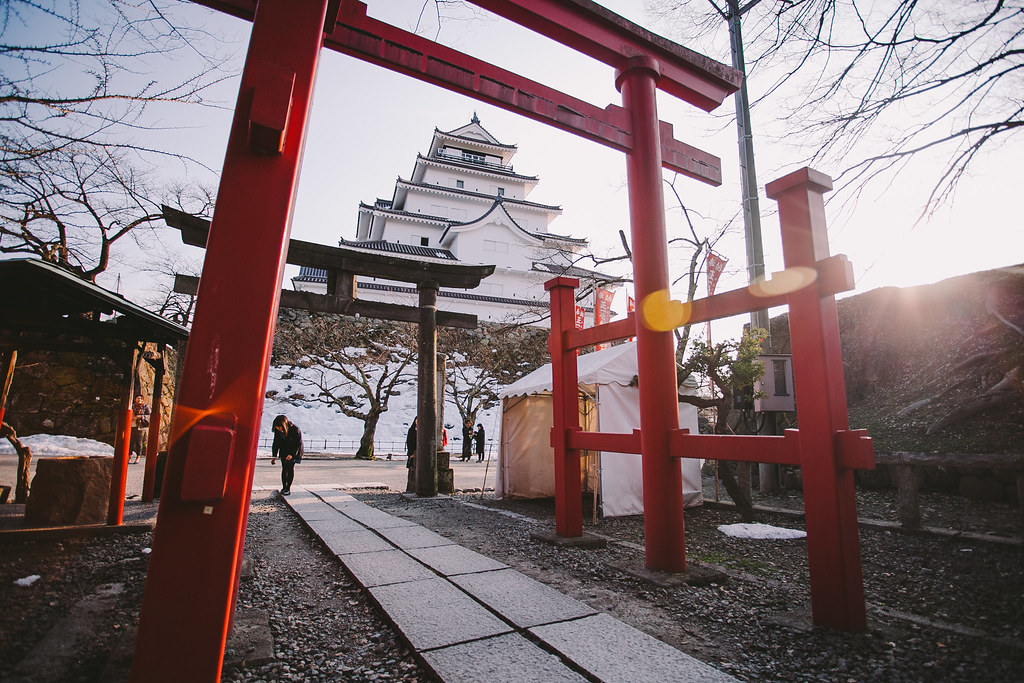 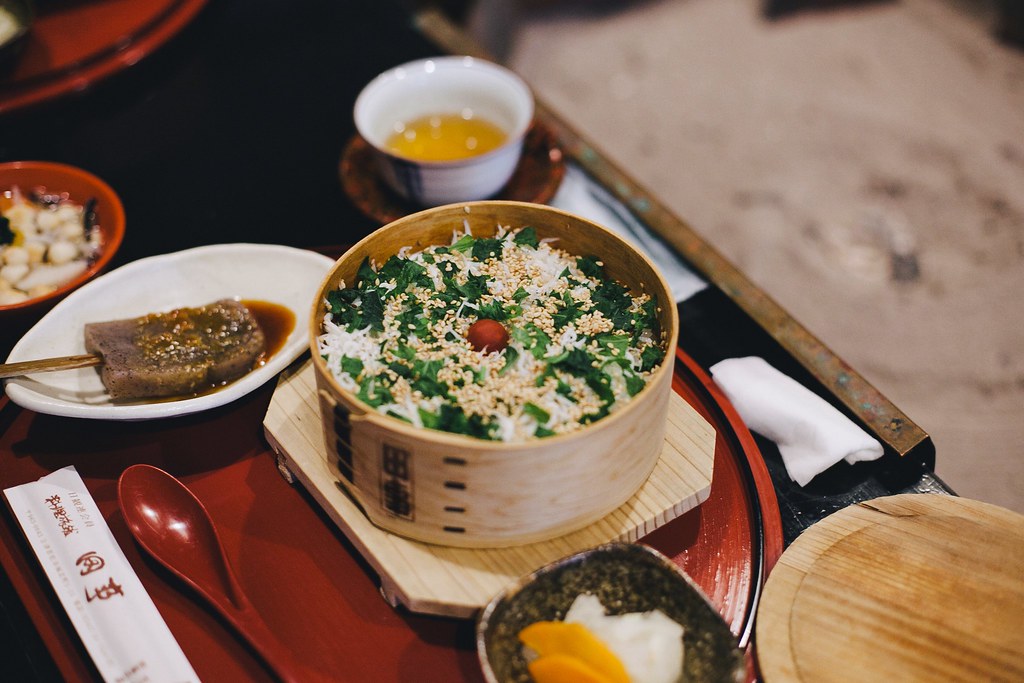 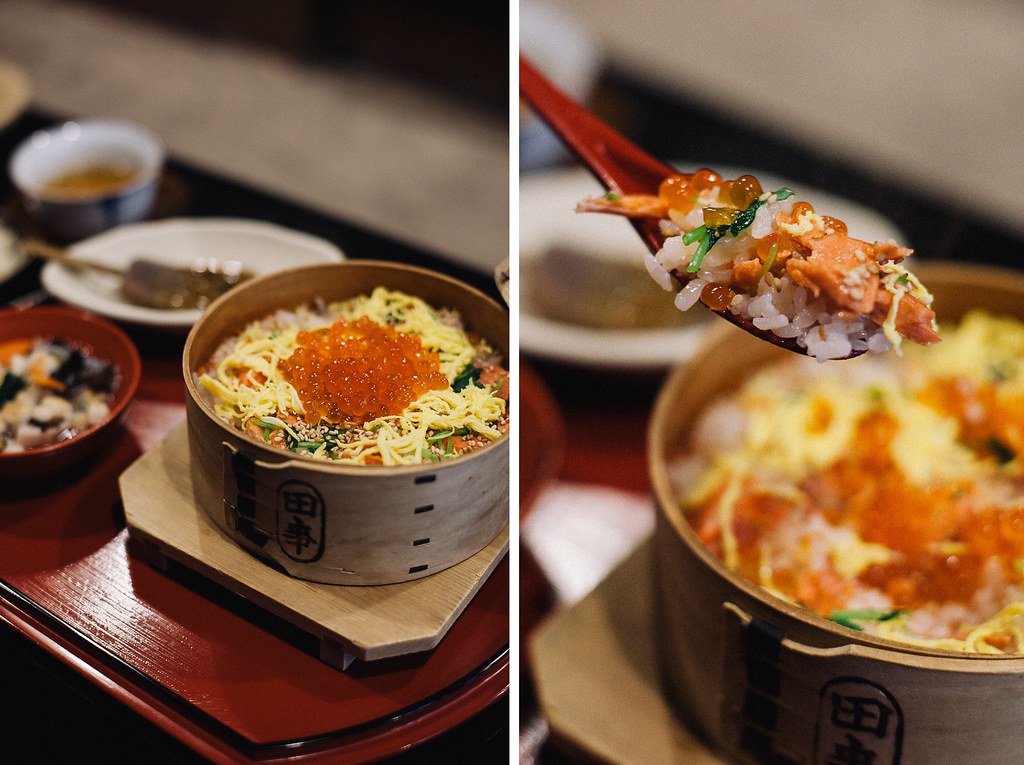 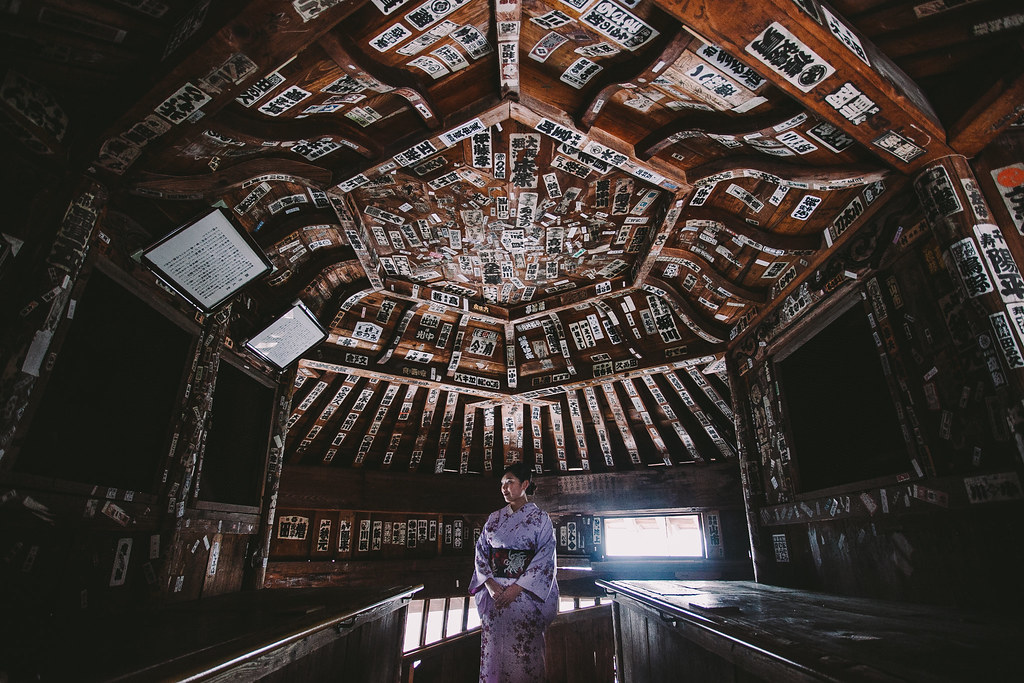 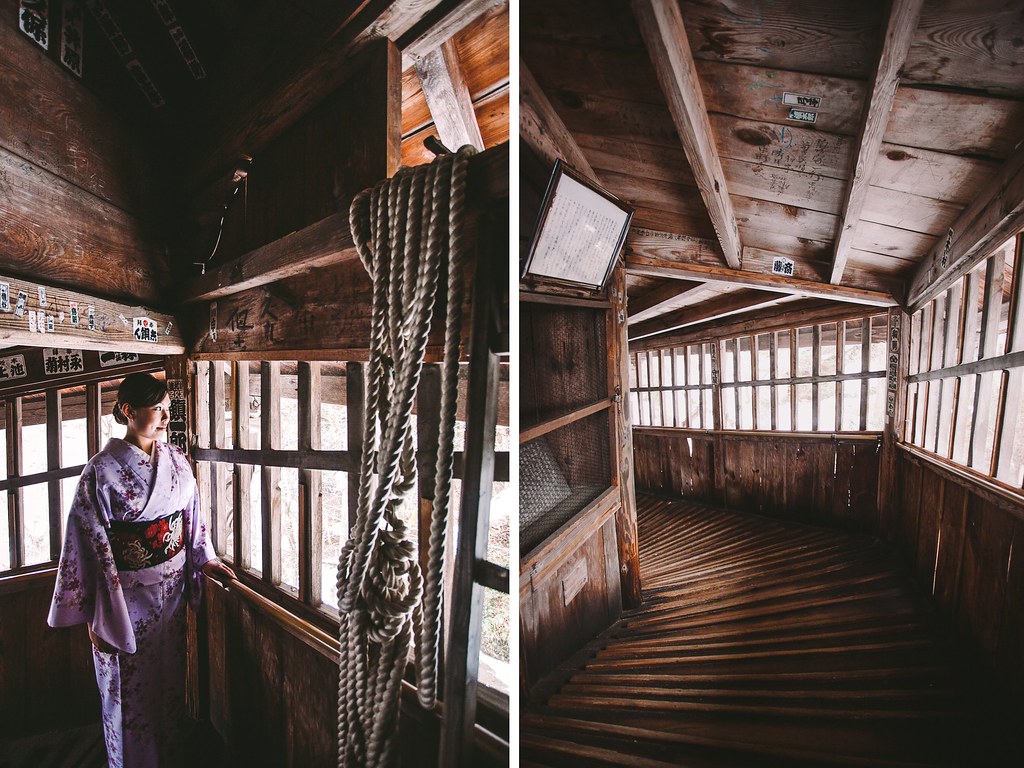 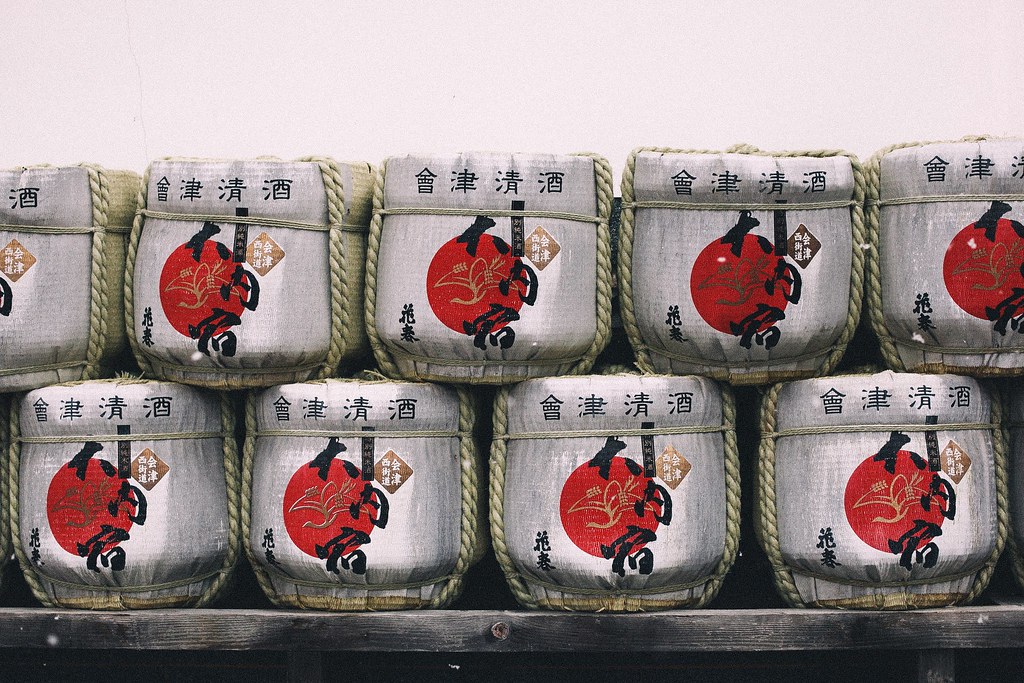 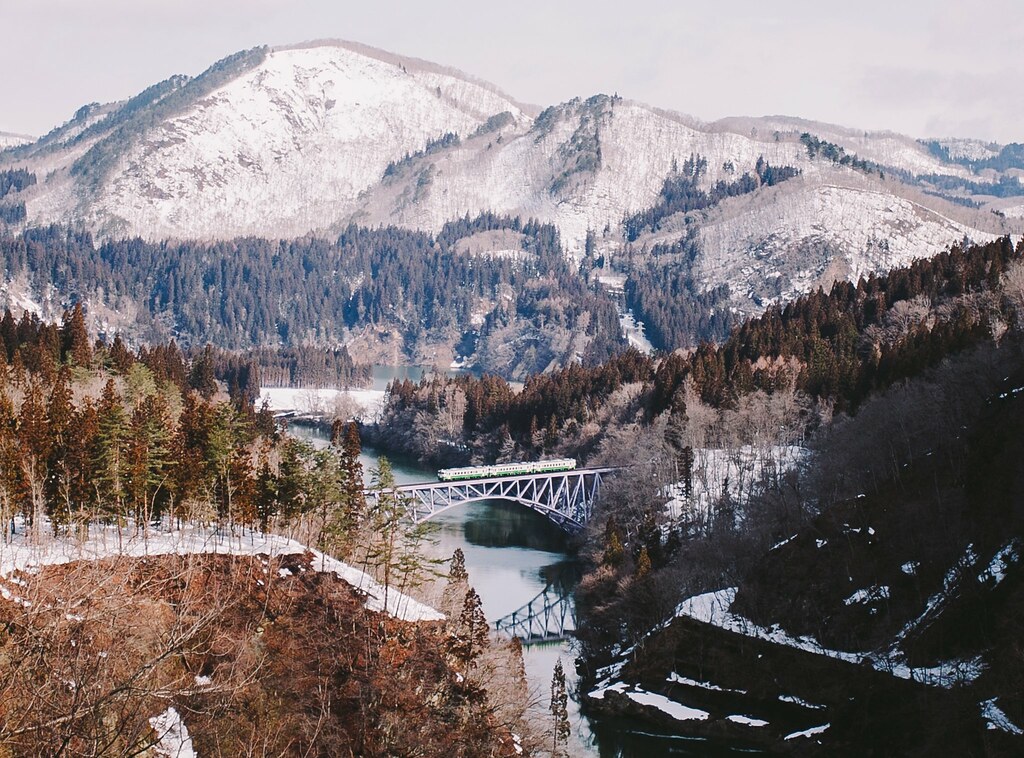 What was the first thing that comes to your mind when you hear ‘Fukushima’?  It could be tragedy, radiation, hazard, abandoned, wasteland…the list can go on.  After my experience with the Fukushima prefecture I would literally describe it as ‘a forgotten beauty’.

What I didn’t realise before was that Fukushima is a prefecture which is split up into three regions.  As the disaster occurred on the very eastern shore of the coastline (some of the areas there are still unsafe for human living) we stayed and explored mostly at the opposite end of the western city of Aizuwakamatsu.   Despite not trusting all of the negative media coverage of the prefecture, I was still reluctant to go at first, however after tonnes of research and advice from friends who live in Japan I decided to go and see what the real Fukushima was like with my very own eyes.  Although it is fair to say that my greed for exploration and curiosity for the unclear attracted me to go even more.

At first I expected it to be a challenge to take pictures in Fukushima, mainly because there was almost miniscule coverage about tourist spots on the internet.  It was also a place that is not shown much on Instagram so I didn’t know what to expect.  However to my surprise, it came easy.  There were so many spots that showcased its natural beauty and being the 4th best prefecture for a hot spring getaway you can see clouds of steam coming from onsen towns in the distance.

We explored various aspects of Fukushima including its samurai history, sake and onsen culture, and stunning natural landscapes and folk villages.  My favourite part of the trip was being able to stay at  a different hot spring hotel everyday and try out their onsen.  It really hits the spot after a long day of exploration.  Although I was hired to work there for a week, it really felt like a vacation instead.

It was an eye opening experience where I get to see with my own eyes the beautiful side of Fukushima and get to hear interesting personal accounts on the day everything changed for the prefecture and the lives of residents.  What was really touching was that I found out a lot of the people living there moved back to the prefecture from Tokyo in order to contribute and restore their home to its rightful reputation.  This post really isn’t a post to lure you into a place where a lot of people still fear, but it is to just to shed a chink of light on the positives and hopefully it can enable people to stop picturing Fukushima as a wasteland, but a reputable beauty that should be remembered.

Journey to the West

Do you ever feel like something should feel familiar but in reality feels even more alien?  That’s exactly how I felt when I recently went to China.  Although I grew up in London all my life and spending almost half my 20s in South Korea I still have Chinese blood running through my veins, so I would’ve expected to have a sense of familiarity when I touched down the mystical city of Hangzhou.  But nuuuuh I was literally a complete tourist.

Aside from the clear identity issues I was thrilled to be invited by Sheraton Hotels to attend Sheraton Grand Hangzhou Binjiang Hotel’s #sheratongrandtour, which involved the 3 unique travel solutions – Paired, PackPoint Packing App and Sheraton 1-Hour Gems.  Located in the world’s most sought-after destinations, Sheraton Grand hotels are marked by sophisticated design, iconic restaurant concepts, elevated finishes and superior service.

The “Paired” China menu was inspired by 8 distinguished China regional cuisines and each is selectively partenered with premium wines to create “East meets West” in an unexpected way.

The ‘PackPoint Packing App’ where the application prepares you for the optimum travel experience, and the ‘one hour gems’ programme was where guests can experience a hidden gem within an hour proximity of the hotel.  Being a design and architectural fan myself, the obvious choice was to visit the stunning Zhongshuge Bookstore situated in the city center.

The stay was a real authentic experience.  I loved how the hotel was specially designed according to Hangzhou’s traditional culture and beliefs for example the giant chandelier in the lobby was inspired from a poet about raindrops.  As expected from a 5 star hotel the room was traditionally modern, immaculate and have a fantastic view of the Qiantang River.  It was so relaxing that I honestly wanted to just swim through my bed sheets all day.

Deepest thanks to the Sheraton Grand Hotel Binjiang for the wonderful hospitality and opportunity.